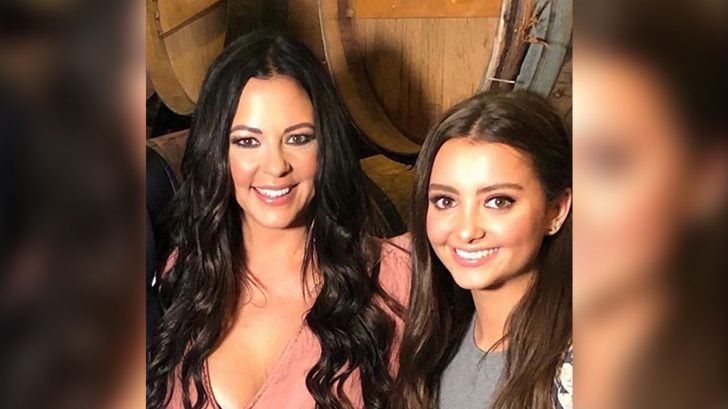 It’s hard growing up in the shadow of someone else – especially when it’s your parent who happens to be one of the greatest female country singers of all time.

For Olivia Evans, her mother is multi-platinum, award-winning singer Sara Evans but that hasn’t stopped her from trying her hand in music.

“People know that I can sing, but I think it’s different when it’s your first time and you are actually showing people that I’m a writer, I’m a performer, I’m a completely independent person,” Evans told People.

So with her independent spirit, Evans decided that she would release a pop album instead of joining her mother in the world of female country artists.

On July 9, 2021, the artist released her debut single “Of Course I Do” which is the first song from her five-song EP. She co-wrote every track – all inspired by a break-up.

While this project may be Evans’ first solo project she is no stranger to the music industry. She and her siblings grew up watching their mom on stage. In 2019, she and her brother Avery joined their mother to form the Barker Family Band, named after the country singer’s husband, Jay Barker.

The band released music and played a limited run of shows, which gave Olivia the experience she needed. The Barker Family Band was so successful that Sara added Olivia to her band as a background singer.

Listen to Evans’ debut single in the link below.