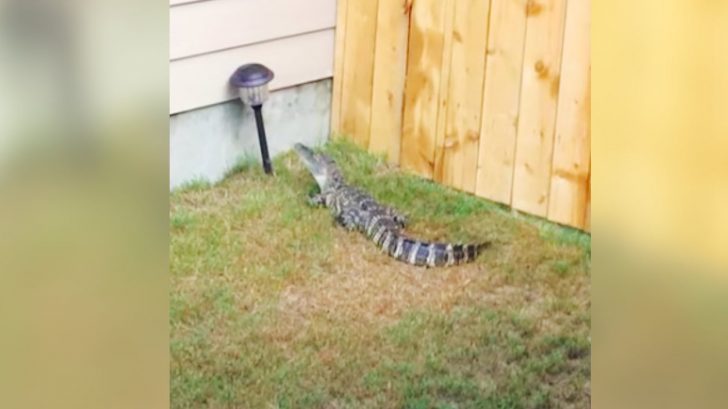 On Tuesday morning (August 4), one San Antonio man’s trip to take out the trash became quite the event when he encountered an alligator in his yard.

FOXSanAntonio published a report about the man’s run-in with the gator. The outlet reports that Animal Care Services arrived at the man’s house along Rosalind Way to help contain the gator.

“Animal Care Services rushed in and used fencing material to box in the 5-foot gator at the home along Rosalind Way, near Rigsby Avenue and South Foster Road,” FOXSanAntonio states in its article.

An animal care specialist from Animal World & Snake Farm Zoo was later called in to capture the gator and remove it from the man’s property.

Animal Care Services rushed in and used fencing material to box in the 5-foot gator.https://t.co/lZPGmoqB5F

FOXSanAntonio reports the gator was five feet in length and was estimated to be around four years old.

KENS 5 also reported on the man’s encounter with the gator. In a video about the incident, reporter Jeremy Baker said, “[the man] was pretty calm about it, as the creepy-crawler was just moseying his way along the fence line checking out the grass.”

As for what will happen to the gator now, Baker said Animal World & Snake Farm Zoo will be working with the Texas Parks & Wildlife Department to find out where the gator’s next home will be.

Tune in to the clip below to watch KENS 5‘s full report about the San Antonio man’s morning encounter with the gator. We commend him for keeping his cool, because that would be a scary situation for many!