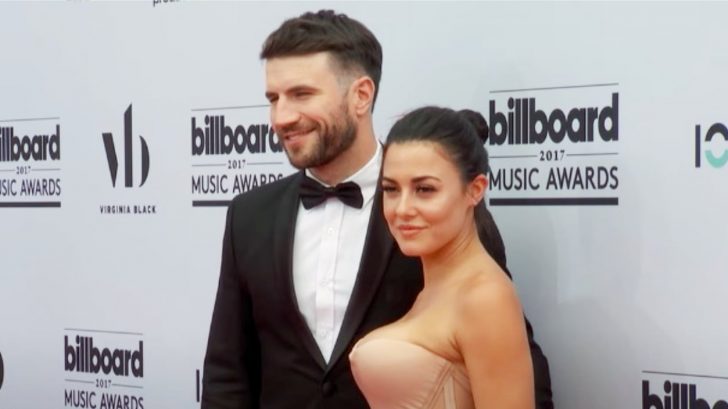 Sam Hunt‘s wife, Hannah Lee Fowler, filed for divorce in Tennessee on Friday (February 18). The filing revealed Hannah is currently expecting her and Sam’s first child, and is due in May. She and Sam had not made their pregnancy news public.

The documents also stated, “The husband is guilty of such cruel and inhuman treatment or conduct toward the spouse as renders cohabitation unsafe or improper.”

Fowler is reportedly asking for alimony, child support, and primary custody of her and Sam Hunt's baby.https://t.co/maPp0531dD

TMZ reported that Hannah was asking for child support, primary custody of their child, and three types of alimony. The documents also show that Hannah asked “the parties be awarded their respective separate property.”

The documents indicated the couple’s date of separation was February 18, which was the same day Hannah filed the paperwork.

People reported “She requested that the petition be ‘voluntarily nonsuited without prejudice’ — meaning she can file for divorce again in the future.” The outlet stated that Hannah’s lawyers did not immediately respond to their request for further comments.

However, while it is true that Hannah withdrew her divorce complaint, the divorce is still pending, despite what some reports have led readers to believe.

After catching the mistake, Hannah’s “filing was withdrawn shortly after it was filed, at 2:15 p.m. Friday, and replaced with a ‘Notice of Voluntary Nonsuit,'” Saving Country Music states.

Hannah withdrew her complaint from Davidson County, since that was the incorrect place for her to submit it. Whiskey Riff found that Hannah followed up by filing a new divorce complaint in the Chancery Court of Williamson County on February 18. That complaint appears to be active as of this writing.

“Saving Country Music was able to confirm with the Williamson Country Chancery Court that the Sam Hunt divorce is indeed still pending, just in the Williamson County, Tennessee court system, not Davidson County. Hannah Fowler has also been granted a statutory restraining order against Sam Hunt.”

Both Whiskey Riff and Saving Country Music included scans of the relevant court documents in their reports.

Sam and Hannah were involved in an on-and-off relationship for years after meeting in Montevallo, Alabama. The town later served as the title of Sam’s debut album. His relationship with Hannah inspired many of the songs that appear on the record.

The couple got engaged in 2017 and married later that year in Sam’s hometown of Cedartown, Georgia. Sam wished Hannah a happy anniversary in 2021 by sharing two photos, one being a throwback and another being more recent. See those photos below.