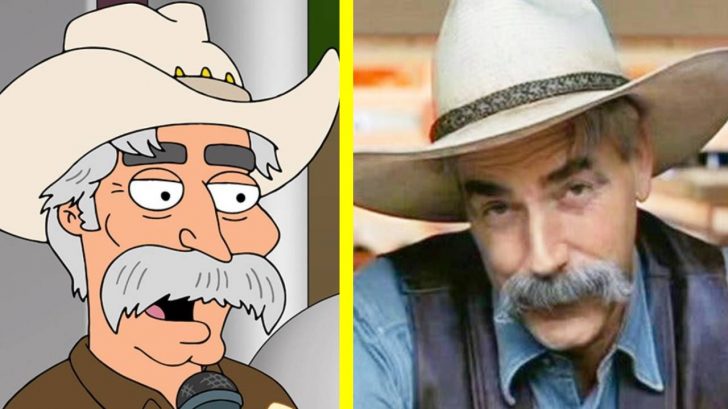 For almost two decades, TV legend Adam West voiced the popular and hilarious Mayor West on the adult cartoon Family Guy. West was also known for playing Batman in the 1960 ABC television series as well as the 1966 movie. He passed away in 2017.

Holy eulogies, #Batman!
Adam West, thank you for the joy you brought to so many of us. Even as Mayor West on Family Guy!
KaPow! Bam! Socko! pic.twitter.com/EQjQjbZrHA

For the first time since his passing, Family Guy has cast a new actor to play the mayor of the fictional town Quahog, none other than Sam Elliott. Elliott’s character is Mayor West’s cousin, Wild Wild West, whose name is a tribute to all the westerns he’s been a part of.

Elliott was reluctant to take the role at first, because Wild West was actually written as a version of himself, much like the Mayor West character. But when the show re-wrote the part to become Wild West, Elliott was on board.

“Who could be as original and unexpected and comedically fun and fresh as Adam,” said executive producer Rich Appel. “Sam has a voice that — obviously he’s a movie star but he also has a voice made for radio, and Sam Elliot quickly became our first choice.”

Wild West rides into town during the Quahog mayoral election and main character Peter convinces him to stay in town and run for mayor. He does and wins. Elliott’s first episode will air in November.

Elliott has lent his voice to the series before, in a scene where he read the lyrics to Kiss’ “Lick It Up.” Watch it below to get ready for Wild West’s debut!