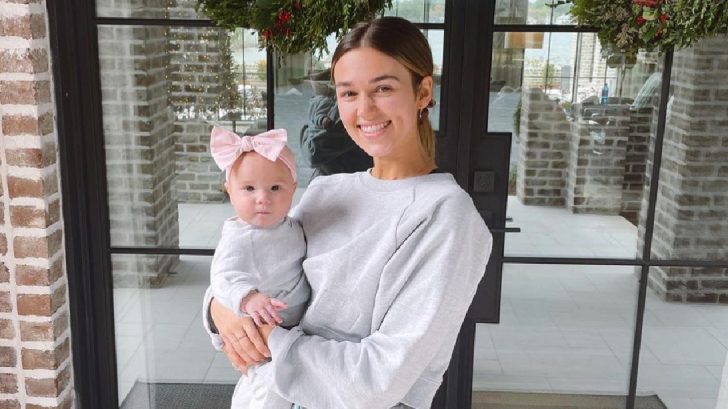 2022 has started off rough for Duck Dynasty star Sadie Robertson who has revealed that she simultaneously contracted the flu and COVID-19.

In an Instagram post, Robertson shared that the diagnosis forced her to miss the Passion Conference, an annual gathering of Christian students where Robertson is one of more than a dozen speakers. This year Sadie’s sickness didn’t keep her from making the trip to Atlanta for the conference, but it forced her to preach to an empty room.

In addition, as Robertson, her husband Christian Huff and their daughter Honey were on the way back to their Louisiana home they got a call that their home had been invaded by rats.

“Then as we were on our way home from ATL we got a call that we have a couple of rats invading our home and those little guys are doing some workkk. So we couldn’t go home. It’s day 4 of not being able to get them and being out of our house. It’s disgusting? and we are exhausted from getting over sickness and being out of our home,” Sadie wrote.

She added that she and her family are “floating around trying to make the most of it” and that they had recovered from their sickness.

This is the second time that Sadie Robertson has battled COVID. She contracted the virus while she was pregnant with her daughter, and was so sick that she had to be admitted to a local hospital.

“The hardest thing was I did get COVID while I was pregnant and I was so sick from that, and so sick still in the morning sickness, so that was a challenge,” Sadie told PEOPLE following the sickness. “Seriously, my heart goes out to every single pregnant person with COVID and everybody with COVID. They were telling me at the hospital, they were like, ‘Man, people have to deliver with it.’ I can’t even imagine. So that was challenging in and of itself,” says Robertson.

It took awhile for Robertson to recover her first time around. “It took a while to recover, but now I’m good. I had just some stuff in my chest for like a long time,” she said.

Thankfully her second bout with the virus was short-lived and she and her family are recovered.