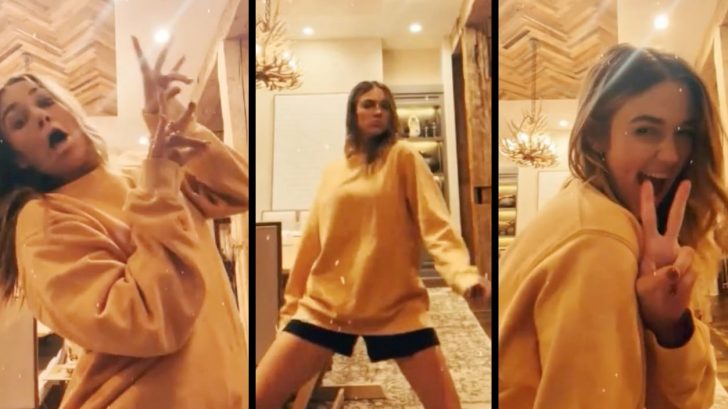 Sadie Robertson and her husband, Christian Huff, have enjoyed trying out new dances made popular on TikTok. They have shared several dance videos at this point, all starting with a dance to “Fancy Like” by Walker Hayes.

While Christian is new to dancing, Sadie has some previous experience. She was a contestant on Season 19 of Dancing with the Stars, which took place in 2014 when she was 17 years old.

Sadie and her professional partner, Mark Ballas, earned three perfect scores over the course of the season. They ended up finishing in second place behind Alfonso Ribeiro and his partner Witney Carson.

Now, Sadie is applying her Dancing with the Stars experience to the dance videos she films for social media.

On Halloween, Sadie shared a clip of her performing a solo dance in her dining room. The dance originated from a viral video created by actress and comedian Laura Clery that has resurfaced every Halloween for the past few years.

Sadie explained that Christian was absent from the dance video because he was too engrossed in watching the World Series at the time. But her solo dance was still spectacular, and hilarious!

Watch Sadie get her groove on in the video below. It looks like she had a fun time!