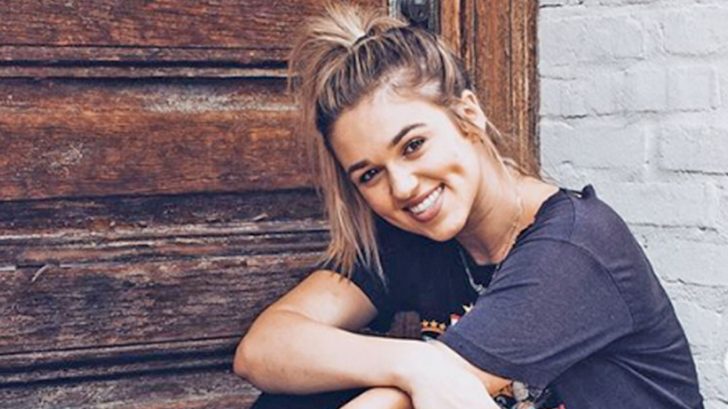 Sadie Robertson was only 14-years-old when Duck Dynasty premiered in 2012. She grew up on television and endured all of life’s ups and downs in clear view of the public eye.

In 2017, the same year Duck Dynasty wrapped, Sadie opened up to the Tampa Bay Times about the reality of growing up on camera.

“Everyone goes through difficult things. I don’t think I went through more or less. It’s just different because everything is magnified. Like everyone has breakups, but mine trend on Twitter,” Sadie said at the time.

Robertson leaned heavily on her faith to keep her steady during her rough teenage years and took on a mission of being a mentor and encouragement to other teen girls.

Her message to teen girls? “To be your original self. I really try to pour that into girls. Now days, there is so much we can compare ourselves to. It’s important not to do that, to be confident in who you are.”

While Sadie’s childhood was very different from most girls her age, she wasn’t afraid to have dreams for her future. One of those dreams was to compete on the CBS reality tv show Survivor.

“People make fun of me for it. But I really like it. It would be a dream for me to be on that show,” Sadie said.

Two years after that interview took place, Sadie married Christian Huff and the two recently welcomed their first child, Honey James. We’re not sure if she’s still holding on to the dream of competing on Survivor, but she will be returning to the small screen with a scripted reality show based on her book “Life Just Got Real.” Sadie will spend most of her time behind the camera, but will make guest appearances on the show.

Flash back with us to Sadie’s first appearance on Duck Dynasty in the video below.