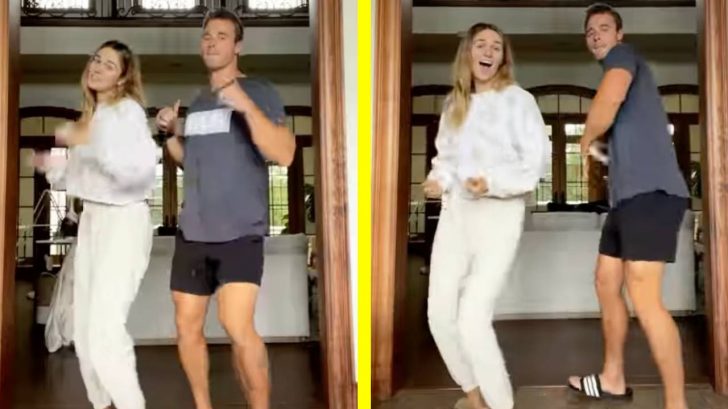 It’s clear former Duck Dynasty star Sadie Robertson is a good dancer. She was the runner up on Season 19 of Dancing With The Stars, second only to one of the best dancers to ever go on the show, Alfonso Ribiero.

She has continued her newfound love for dancing in the years following, thanks to her friendship with dancer Lainey Redmon.

Recently, Sadie has been embracing motherhood and all it has to offer, including being strong for her daughter while she is fighting illness. Last week, Sadie and her husband Christian’s daughter, Honey, was admitted to the hospital after she was diagnosed with RSV, or Respiratory syncytial virus.

After four long days in the hospital, Honey was released to go home.

To celebrate their baby sleeping peacefully at home for the first time in days, the young parents decided to take on one of the biggest Tik Tok trends, a dance to the Walker Hayes song “Fancy Like.”

At the beginning of the dance, Sadie clearly proved that she still has some of her dance skills from DWTS, and Christian couldn’t hurt from taking a few dance lessons!

Maybe he won’t be on next season of Dancing With The Stars, but he sure had fun! Watch the video below.