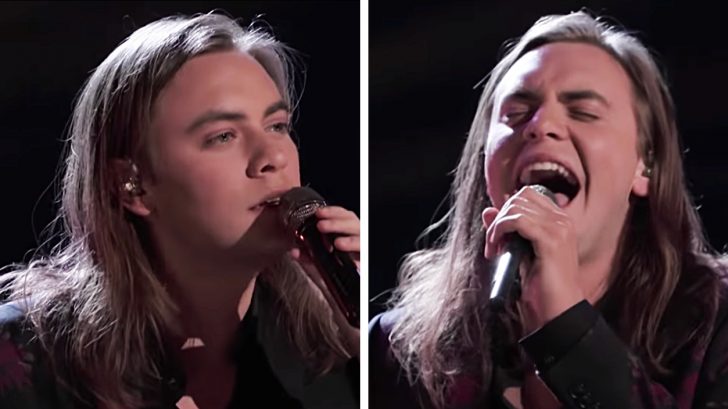 The country competition was heating up on the 16th season of The Voice! As each contestant took the stage to fight for their spot in the Cross Battles, it was obvious this is going to be a tough season for the coaches. With talent stretching from Indie to R&B music, it might just be the most unique season of all.

Season 16 of The Voice brought in a whirlwind of talented aspiring artists and even a brand new coach, John Legend. Right from the beginning, all four coaches found themselves fighting over contestants during the Blind Auditions. While steals and surprises unfolded, it ultimately ended with their teams coming together in perfect fashion.

Altogether Legendary. I could not be more excited for the Cross Battles next week! Here is some more info on how to vote if you swipe over!

Although it was Legend’s first time coaching the hit series, his team is undoubtedly thriving. With talents from all different backgrounds, it’s no question things are looking legendary for the newcomer. One artist that left quite the impression on the competition, is Idaho-native Jacob Maxwell. From his very first audition, he had the coaches in awe of his unique yet powerful tone.

THE VOICE IS BACK ON TONIGHT! Who’s watching it? Gonna see some crazy good talent. We have tonight and then next week left for Blinds, but THENNN we head into the BATTLE ROUNDS ??? #TeamJacob #TheVoice @nbcthevoice

Maxwell serenaded the audience with a raspy rendition of Shania Twain‘s “You’re Still the One.” His silky vocals soared through the venue, reminding both the audience and coaches why he deserves to be in this competition.

Not to mention, Legend couldn’t have looked more proud.

Maxwell doesn’t carry much of a twangy country tone but his soulful vocals were the perfect fit for this 90s hit. There truly isn’t anyone else like him in the competition.