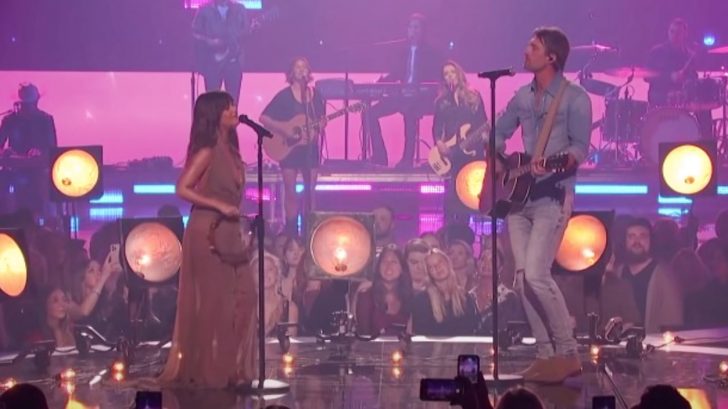 Maren Morris and Ryan Hurd shared a performance of a new song at the 2022 CMT Music Awards on Monday (April 11). The husband and wife duo previously collaborated on the Top 10 hit “Chasing After You.”

The couple’s new song is called “I Can’t Love You Anymore.” It appears as the third track on Morris’ new album, Humble Quest.

Morris and Hurd co-wrote the song with Greg Kurstin, which includes lyrics such as, “You can try to talk me down, But I can say without a doubt, I can’t love you any more than I do now.”

Hurd provides backing vocals on the track, but isn’t technically listed as a duet partner or featured artist. He and Morris played the song live for the first time during the CMT Music Awards.

After the ceremony, Morris took to social media to point out a moment you may not have noticed during the broadcast. After Maren sings her line, “And you like me even when I’ve been a b—-,” you see Hurd mutter a comment under his breath.

The mic barely picked him up, but if you listen closely, you can hear Hurd say, “You’re not a b—- baby.”

This comment struck Morris as funny, and she couldn’t help but laugh a little. She said the momentary distraction nearly led to her missing her next line!

“For the record, @ryanhurd said ‘you’re not a bitch, baby’ which made me laugh and almost miss my next lyric,” Morris captioned a video of their performance. “I truly can’t love you anymore than I do now.“

Head below to watch that video, which focuses on the moment when Hurd made Morris laugh.

What do y’all think of Morris and Hurd’s new song?