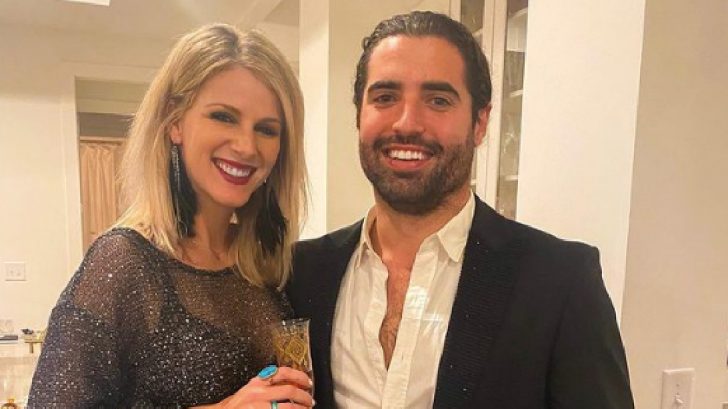 Congratulations are in order for country singer Jennifer Wayne! Wayne, who makes of one-third of the trio Runaway June, wed her fiance of two weeks, Austin Moody. The new bride shared the news on her social media, saying: “I got to marry my favorite person in the world last night… @theaustinmoody . My forever now ❤️”

The couple wed Saturday night (January 9) in Santa Rosa Beach, Florida, in front of 20 of their closest family and friends. The pair chose to tie the knot on the beach, but brought some “western flair” to the ceremony with everyone in attendance wearing boots and hats.

“Moody wore a custom-made jacket by Nashville-based designer Tyler Minor paired with blue jeans and a Stetson hat,” PEOPLE reported. “Wayne wore a custom dress by Minor, which she described as ‘very simple and beautiful.'”

“The dress is made of crepe chiffon,” the bride said. “It’s a very classic style with some Bohemian and western flair.”

Jennifer made sure to include a nod to her grandparents, legendary actor John Wayne and Pilar Pallete, by wearing the engagement ring her famous granddad gave her grandmother.

“On their 10th anniversary, he matched the diamond and had it reset in a flower setting,” Wayne told PEOPLE. “Austin used his grandmother’s diamonds to create an engagement ring for me….in the flower setting as well.”

Wayne, 38, and Moody, 29, announced their engagement in December after six months of dating. The couple first met at Ocean Way Studios in Nashville five years ago, but reconnected last year with the help of Wayne’s bandmate, Natalie Stovall.

“Austin found a dog that had been left on the freeway,” Wayne said. “He knew Natalie, and he knew she loved dogs. So, he sent the picture of the dog to Natalie, and Natalie said, ‘Oh, Jen saves dogs…we need to send to Jen.’ The rest is history!”

On December 28, 2020, Moody, a singer-songwriter, proposed to Wayne at the same place that they met five years ago. The pair agreed that they “couldn’t wait a second longer” to be married.

Congratulations to Jennifer and Austin! Click here to see more photos from their special day.