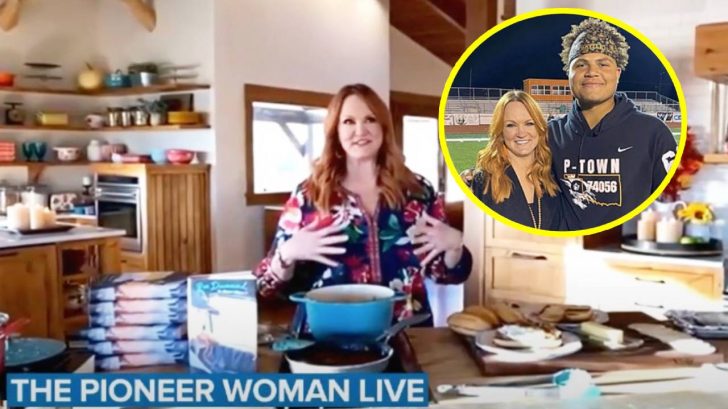 In a blog post on Monday, November 9 titled “Bonus Kid,” celebrity chef Ree Drummond revealed that she and her husband had taken in a teenage foster son.

The Pioneer Woman admitted that she hadn’t written or spoken publicly about her foster son, whose name is Jamar, due to the strict rules that the state agency enforces when caring for a foster child. The rules do not allow foster parents to post their foster children on social media.

Drummond video called into The Today Show on Monday (Nov. 16) to talk about her new book, Frontier Follies, but of course co-hosts Savannah Guthrie and Hoda Kotb, who are both moms, had to ask her about her new bonus son.

The truth is, he’s not so new anymore. Jamar has actually lived with the family for over a year-and-a-half already!

“Now I had a cooking show and other little elements of public life, and because of rules and regulations with the state agencies, I wasn’t able to share about Jamar,” she explained to Guthrie and Kotb. “I felt very protective of him when he first came to live with us. So I didn’t want to kind of just thrust him out there.”

Drummond admitted that after a while Jamal wondered why he was so “hidden,” but it was mainly because she really wasn’t allowed to! She explained, “When he turned 18, I did write about him in the book. And I shared the essay with him before the book was published to make sure he was OK with it.”

Drummond spoke about how her kids have bonded with Jamal, saying, “He and my younger son, Todd, who’s 16, are actually just the best of friends. And the Jamar and Bryce are peers, they play football together. … Two or three years ago, if someone had told me I would be a foster mother, I couldn’t have predicted how that would have unfolded.”

Guthrie and Kotb said just from the way Drummond lights up when she speaks about him, they can tell that Jamar completes the family. “He really does,” she said.

Watch the full interview below!