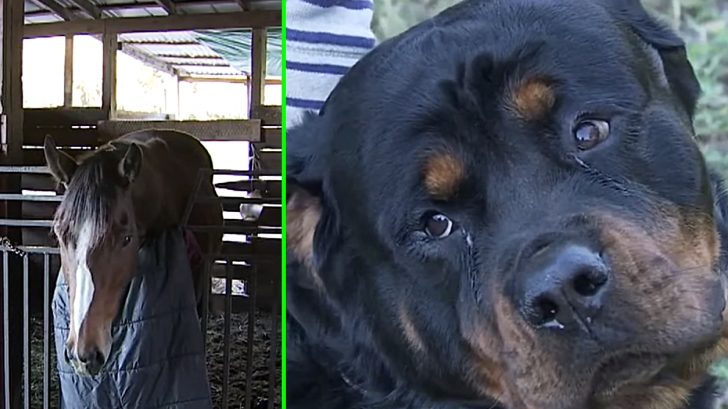 Brena Kramer from Zephyrhills in Pasco County, Florida was getting her beauty rest the other night when she woke up to the loud noise of her Rottweilers barking up a storm in the horse barn.

Even one of her 3-year-old rottweilers named Dallas had two puncture wounds above his left eye most likely from trying to bite the intruders. Fortunately, she had the rottweilers protecting the place because the area had been experiencing a high amount of horse slaughtering the past few months.

“It’s common down south. It’s something that most horse owners know about, especially in Florida. This is more of a black market thing. It depends on where you go and who you know as to how much it sells for per pound,” Brena told to Fox13 News.

Apparently selling horse meat on the black market pays well and that’s exactly what Brena thinks the horse thief was trying to steal her horses, butcher them and sell them. There have actually been several cases in the area of people waking up to find their horses stolen or partially butchered. Brena’s just happy her horses are safe.