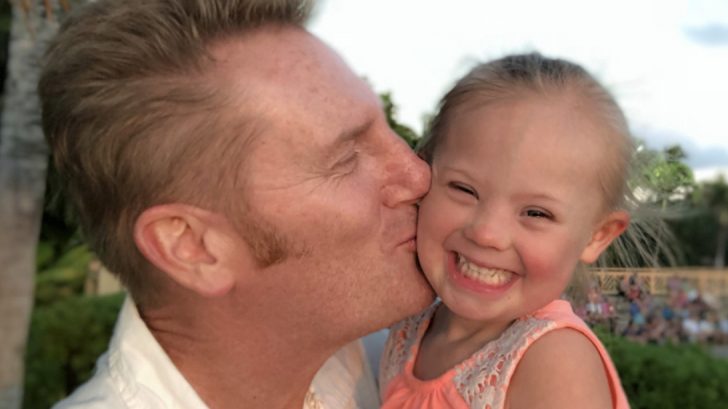 Father’s Day is a day to celebrate those special men in our lives, and for Rory Feek the day is a reminder of the special gift his late wife gave him four years ago.

Indiana, aka Indy, was born to Rory and Joey Feek in 2014. Shortly after her birth, Indy was diagnosed with Down Syndrome. The couple chronicled their lives with Indy through their blog, This Life I Live, as well as posts to social media. After Joey passed away in 2016 after a valiant battle against cervical cancer, Rory continued to pour his heart out through his blog and shared his life as a newly single dad.

Through videos and photos we’ve seen little Indy grow and have celebrated along with Rory as she has reached incredible milestones such as taking her first steps and saying her first words. On Father’s Day morning (June 17), Rory shared a heart-warming video of Indy, looking more grown up than ever, as she wishes him a Happy Father’s Day.

What makes the video even more precious is that Father’s Day 2018 is the 5th anniversary of Joey and Rory finding out that they were expecting a new baby. The couple had been married 14 years at the time and, according to a blog post by Rory, Joey hadn’t wanted to be a mom.

“She didn’t want to have a baby.  She told me so.  Dozens of times,” Rory wrote. “Not that I wanted to have a baby so much… but that she refused to even think about it.”

But, one day in 2013, Joey told Rory that she was ready to trust God with their future. A year and a half later Indy was born.

“And from the very first moment my wife held Indy in her arms, she was never the same. It was Joey’s first real glimpse of what unconditional love felt like. She knew in that instant, what life was truly all about,” Rory shared. “She didn’t care that Indiana had almond eyes and a single-line across the palms of her hands. And that she was going to grow up with some difficulties that most children don’t have. All she knew was that she had been given a gift. The greatest of all gifts.  And from that moment on, the woman who was scared to death of being a mother, wanted to be nothing else but a mother.”

So, today…on Father’s Day, Rory Feek is celebrating being a dad and the beautiful gift that Joey gave him four years ago. Happy Father’s Day to Rory and to dad’s everywhere.