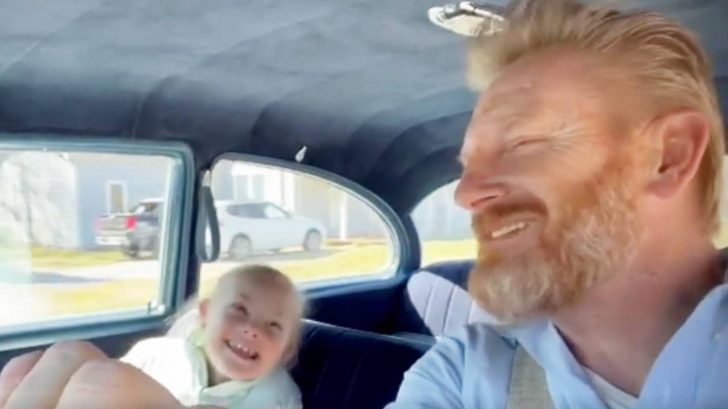 It’s no surprise that music is a huge part of little Indiana Feek’s life. Her parents are country music singer-songwriter duo Joey + Rory, who rose to initial fame after competing on the show Can You Duet?

Sadly, Joey passed away from cancer on March 4, 2016 when their daughter Indiana, who they lovingly call “Indy,” was just two years old.

Since then, Rory has been raising her and keeping her mama’s legacy alive at the same time. Music is a big way to keep Indy and Joey connected.

In 2018, one of Rory’s adult daughters, Heidi, was driving in the car with Indy and playing a CD that had some of Joey’s songs on it. Indy lovingly sang along to her mom’s song and Heidi took a video.

In a recent video, Rory shared a sweet father-daughter moment while they were driving around. The two were singing Gary Burr’s song “Salvation.”

Indy couldn’t keep her eyes off her father and had the biggest smile on her face. Watch their duet below.