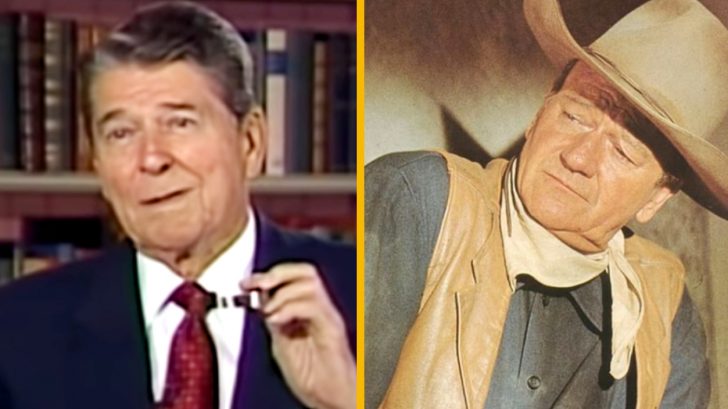 Former President Ronald Reagan and actor John Wayne had a close friendship and shared a lot in common. Both men were strong Republicans, actors, and the two shared a particular interest in a unique piece of jewelry.

During the Vietnam War, several military families started a campaign for missing-in-action soldiers. In remembrance of military members, the bracelets would bear the name of a captured or missing soldier. Interestingly, both Wayne and Reagan wore a bracelet that featured the same name. Out of thousands of soldiers, both men bore the name Steve Hanson.

A post shared by John Wayne “The Duke” (@johnwayneofficial)

According to KHTS, Hanson was a second lieutenant and flew a CH46A helicopter in the Marines until Vietnamese soldiers shot him out of the sky on June 3, 1967. Hanson was listed as “missing in action” in 1974. After the lieutenant was declared killed, his remains were returned to the United States and buried in Arlington National Cemetery in 1999.

While John Wayne had never met Hanson, the fallen Marine’s wife impacted the actor when she reached out to Wayne in a letter and a photo. According to a 1988 Reagan Library interview, the former president explained that Hanson had written “Me as John Wayne,” across the photograph.

See Reagan holding one of the bracelets in the image below.

After receiving the picture, Wayne began to wear Hanson’s name on a bracelet. Later, the former president, inspired by Wayne, also started wearing the same piece of jewelry. Both men can be seen wearing the bracelet on camera and during public appearances from the time.