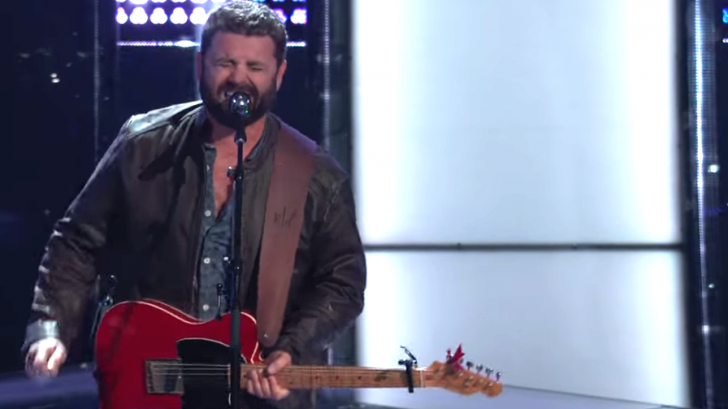 Looks like Blake Shelton got his revenge on his fellow coaches!

On the premiere night of Season 14 of The Voice, Shelton was blocked from the chance of persuading Texas country singer Justin Kilgore to join his team. However, the country singer more than made up for it last night following one Voice hopefuls kickass audition to the tune of John Mayer’s “I Don’t Need No Doctor.”

Armed with his guitar, 35-year-old Pryor Baird rocked his blind audition, rightfully earning a all four-chair-turns from the superstar coaches, each giving a desperate plea for the California-native to join their team.

“It sounds like you smoked a pack of cigarettes and drank a bottle of whiskey before you got on stage. I did that stuff for years to sound like that!” joked an impressed Shelton.

“Why do you wanna be led down the path of addiction?” countered coach Adam Levine.

After taking a moment to weigh his options, Baird chose Team Blake, prompting Levine to let disappointingly admit, “That one hurt. I should have had him.”

“I Don’t Need No Doctor” was originally recorded by Ray Charles in 1966. Decades later in 2005, singer John Scoffield released his own recording featuring Mayer on lead guitar in addition to providing backup vocals. Two years later, Mayer released his own version of the song off his Grammy-winning album Continuum.

You can watch Baird’s audition below.