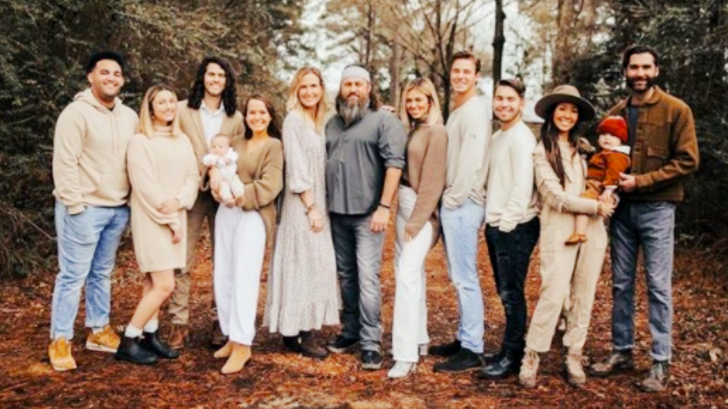 On Friday (April 24) around 2:30 PM, the Robertson family of Duck Dynasty fame was shocked to hear the sound of gunfire on their property. The property that was targeted belongs to Willie Robertson, the son of Duck Commander founder Phil Robertson. Willie serves as CEO of the company.

Willie’s estate is currently home to more people than just himself and his wife, Korie. The couple has three children who still live with them in their home (Little Will, Bella, and Rowdy).

The entire family has been quarantining together during the coronavirus pandemic, so they were all together just minutes before the shooting that occurred on Friday.

Willie spoke about the shooting with USA Today, saying the family was outside five minutes before gunfire rang out across their property. He had just left to go to the store, and everyone else was inside.

“We were pretty shook up,” Willie said. “It looks like they were just spraying bullets across my property.”

One of the stars of the reality show "Duck Dynasty," Willie Robertson, says his Louisiana estate was sprayed by bullets. A man is now charged in the drive-by shooting. https://t.co/9kyykVgwi3

Willie guessed that eight to ten shots were fired at his property. One of the bullets went through a bedroom window of the home where John Luke, Mary Kate, and baby John Shepherd live.

Thankfully, no one was injured in the shooting.

On Sunday, the Ouachita Parish Sheriff’s Office announced on Facebook they had someone in custody who they believed to be responsible for the shooting. They identified a man named Daniel King Jr., and he was “charged with 1 count of Aggravated Assault by Drive By Shooting.”

UPDATE: The investigation has led to the arrest of Daniel King, Jr. King has been charged with 1 count of Aggravated…

Since Willie spoke out about the shooting, other Robertson family members have taken to social media to share their own experiences and feelings.

“The timing of where we were at the time was crazy protection because we had all just gone inside,” Sadie said in a post she made about the shooting. She also thanked everyone for praying for her family.

Korie shared how thankful she was that no one in her family was harmed, writing, “…it was scary and dangerously close, but thanks to God no one was hurt.”

As for Rebecca, she admitted everyone was “still a little shook up,” but said they are all doing “okay.”

You can read all of their posts about the shooting below.

hi, yes the news is true if you’ve seen it. We had someone shoot at our property. Just wanted to say we are all okay. It shook us all up of course, but we are just so thankful everyone in our family is okay. Especially after one of the bullets flew through the window of my brothers home… The timing of where we were at the time was crazy protection because we had all just gone inside. We have been resting on Psalm 91 and each other’s gratitude for all being okay ❤️ thank you for your prayers.

Thank you so much for all of your prayers for our family ? We are all safe and sound and feeling profoundly grateful for God’s protection over us! Yes, the news reports are true, we had a drive-by shooting at our home on Friday, it was scary and dangerously close, but thanks to God no one was hurt ?? AND today we got to participate in a drive-by birthday celebration! Crazy how life works! We honked our horns and made signs. We are alive and well, and not taking this day for granted! ⠀ ⠀ My grandmother used to read this scripture aloud every night before she went to bed, when we spent the night she would read it over us, “So do not fear, for I am with you; do not be dismayed, for I am your God. I will strengthen you and help you; I will uphold you with my righteous right hand.” Isaiah‬ ‭41:10‬ God is good! Praising him today and every day!

You might have heard or saw the news about the drive by shooting at my family’s property, which we are all currently living on. Just wanted to hop on here and let y’all know we are all okay, and thank you everyone for the calls & messages to check on us! We are all still a little shook up, especially thinking of what may have happened, but thank God for his protection & watching over us ???

We’re so happy to hear that no one in the Robertson family was harmed in the shooting. We pray they’ll be able to find some comfort moving forward after such a terrifying event.