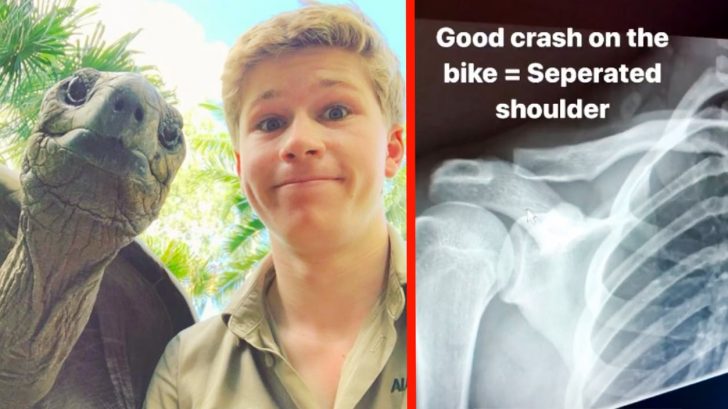 The Irwin family lives one wild life! When they aren’t busy exploring the world, Terri, Bindi, and Robert Irwin immerse themselves in caring for the animals at their family’s Australia Zoo.

Due to the coronavirus pandemic, the Irwins have been quarantining on the Australia Zoo property, where they also live. That means they get the chance to spend every day with the gorgeous animals in their care!

The animals at Australia Zoo were even involved in Bindi’s wedding to Chandler Powell, which took place on March 25. Because of the pandemic, there were no guests at the wedding other than Terri, Robert, and Wes Mannion, the best friend of Bindi and Robert’s late father, Steve.

But there were plenty of animal guests to be found, including a koala, a boa, and giraffes!

Our wedding day. ❤️ Reflecting on these beautiful moments with the love of my life.

Since they couldn’t travel, Bindi and Chandler have been spending their honeymoon period at Australia Zoo with Terri and Robert.

All of the Irwins have been trying to keep their followers uplifted by sharing photos of the Zoo’s adorable animals on social media. As a photographer, Robert has been able to capture some cool shots of his adventures with the Zoo’s residents.

Afternoons with our beautiful kangaroos. They’re definitely not camera shy! ?

Last feed in the gator lagoon before winter! They were nice and hungry! ? ?: @lukereavley

But Robert may need to take things easy for a little while.

On his Instagram Story, Robert posted an image of an X-ray showing his shoulder had separated. In the caption, he revealed he sustained the injury after suffering a “good crash” on his bike.

“Good crash on the bike = separated shoulder,” he wrote.

Despite the pain he was surely in, Robert seemed to have a good sense of humor about the whole thing. He accompanied his post about his injury with a clip from the song “Come Out and Play” by The Offspring, which contains the line “You gotta keep ’em separated.”

We’re sorry to hear that Robert hurt himself, and will be praying for his quick and complete recovery.

Knowing Robert, it won’t be long before he’ll be back to his fun adventures around the Australia Zoo. A few weeks ago, he and his brother-in-law Chandler had some fun jumping into one of the ponds at the Zoo and filmed some pretty cool videos of their leaps…check them out in the below slideshow!

Swipe -> @chandlerpowell and I making the most of our self isolation at Australia Zoo!! ☀️ (Not sure if that last video looks more Matrix or Wiggles ??)