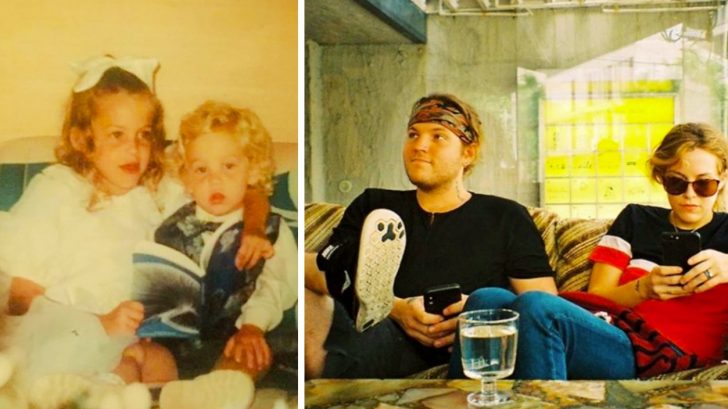 Benjamin Keough, Lisa Marie Presley‘s only son, passed away on July 12 at the age of 27. TMZ was the first to publish the news of his death, reporting, “Ben appears to have died Sunday in Calabasas from a self-inflicted gunshot wound.” TMZ  later updated its report to indicate that Benjamin’s death was classified as a suicide.

Riley and Benjamin were only four years apart in age, and were extremely close. After Benjamin died, Riley wrote a tribute to him on Instagram and included a slideshow of photos.

“I can’t believe you’ve left me,” Riley wrote. “Not you sweet Ben Ben. Anyone but you. I guess this is true heartbreak. I hope we meet again.”

Riley continued to honor Benjamin by sharing old videos and photos of him on her Instagram Story. She has since archived those memories on her profile under the label “Ben Ben.”

More recently, Riley dedicated another post to her little brother. This time, she shared an old photo of the two of them as children.

The picture shows Riley dressed in a fluffy white dress with a matching bow in her hair and a book in her hands. Young Benjamin sat next to her, with his curly blond hair nearly touching his shoulders.

Riley kept the caption simple, writing, “Love of my life” along with a star emoji. You can see her sweet post and throwback picture below.

Love of my life ?

Watch the below video to remember Benjamin during happier times when he appeared with his family at Elvis’ 80th birthday party in 2015.

Our hearts remain with Riley, Lisa Marie, Harper, Finley, Danny, and all who loved Benjamin. May he rest in peace.