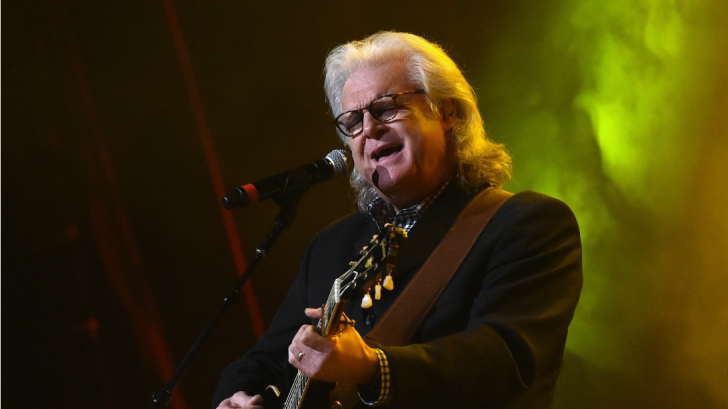 For nearly 50 years, Ricky Skaggs has shared his unmatchable talents with the world. From sharing the stage with bluegrass masters Bill Monroe, Lester Flatt and Earl Scruggs before he was 7 years old to joining the coveted ranks of Country Music Hall of Fame inductees in 2018, Skaggs has had a career than most only dream about.

Unlike many child stars who fall prey to the pressures of the industry, the soon-to-be 64-year old has remained grounded despite winning 15 Grammys and eight CMA awards, including 1985 Entertainer of the Year trophy. During his Country Music Hall of Fame induction speech in March, Skaggs credited his success to his parents, saying, “My dad gave me the love for music, but my mother gave me the love for Jesus. That’s still there, and it’s grown. That little seed she planted in my heart has grown.”

Over the course of his decades-long career, Skaggs has become known as one of the kindest and most humble men in Nashville. A recent post made to Facebook by one of Ricky’s band members is proof that the respect earned by Skaggs is well-deserved and would have most certainly made his mother proud.

In the post, Dennis Parker writes that Ricky and his band, Kentucky Thunder, were awaiting their flight from San Francisco to Nashville when he noticed that Ricky was speaking with an elderly woman.

“I walk over toward him. He’s got this concerned look on his face. He says this lady’s gotta get on her flight, she’s at the wrong airline check. Ricky’s having issues with a torn muscle in his right arm, but he grabs one of her bags and I get the other and walk toward Delta airlines,” Parker writes. “We get to Delta and find out her flights on United. An assistant with Delta gets us a cart but can’t help us get a wheelchair because airlines can’t assist other airlines. ‘Company policy.’ We help her along her way….Did all we could. And I watched Ricky lay his hands on this sweet woman and pray for her.”

But, Ricky’s good deeds didn’t stop there. A few moments later he was seen helping a young woman who spoke very little English check in at an airline kiosk.

“I think Ricky would miss his flight before he’d let someone else miss theirs. Helping others is just the right thing to do,” Parker said of his boss.“I wanted my friends to see what a person who follows Jesus looks like…. So I took a few pics of it.”

We're in San Francisco airport flying back to Nashville. All this gear, instruments, and baggage we're trying to get…

It’s evident by Ricky Skaggs’ actions that the little seed his mother planted in him continues to grow, and he in turn is planting his own seeds spreading the love of Jesus to others.