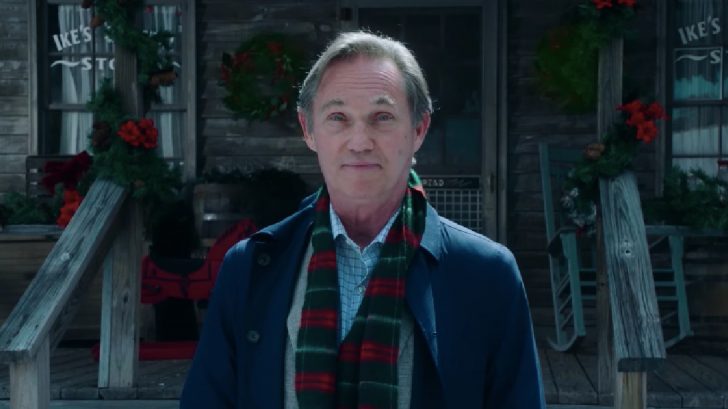 A remake of the 1971 movie that introduced us to John Boy and the rest of the Walton family is coming to television on November 28. The Waltons’ Homecoming, a reboot of The Homecoming: A Christmas Story, will air on The CW and viewers will hear a familiar voice among the cast.

Richard Thomas, who starred as John Boy Walton for nine seasons on The Waltons television series that aired from 1972-1981, returned to Waltons Mountain for the new made-for-tv movie, but in a different role. All of the show’s original roles were recast and Thomas was asked to take on the role of narrator for the remake.

“When I first heard of The Waltons being redone, I thought…well, sure, here we go, we’re not going to be the only Waltons anymore. We have to pass the baton now; our moment is done,” Thomas told Forbes. “Then I thought this is a classic and classics get redone….I realized this is the mark of the impact and the iconic nature of the show.”

“When they called and said they wanted me to do the narration, I could not have been happier. Aside from the fact that it still keeps me connected to The Waltons, now…50 years later…I get to inherit the role Earl Hamner had,” Thomas said of the show’s creator and original narrator.

Fans of the original Waltons will notice that the reboot carries the same nostalgia and family values the show has long been known for, but they may notice some small differences. For instance, instead of seven children, the family now has six. The third eldest son, Ben, is absent in the remake due to production feeling like there were too many characters.

“We had so many characters in this movie that we had to service and we didn’t want to add anotehr kid to have him say, ‘Hey, Momma’ or ‘When’s Daddy coming home?'” executive producer Sam Haskell said. “But, it is my plan to bring Ben back if this were to go further.”

One thing that hasn’t changed is the show’s iconic ending where each member of the family calls out “goodnight” to each other.

Tune in to The CW on Sunday, November 28 at 8 p.m. EST to see the new Waltons cast. See a preview of the movie, complete with an appearance from the original John Boy Walton himself, Richard Thomas, below.