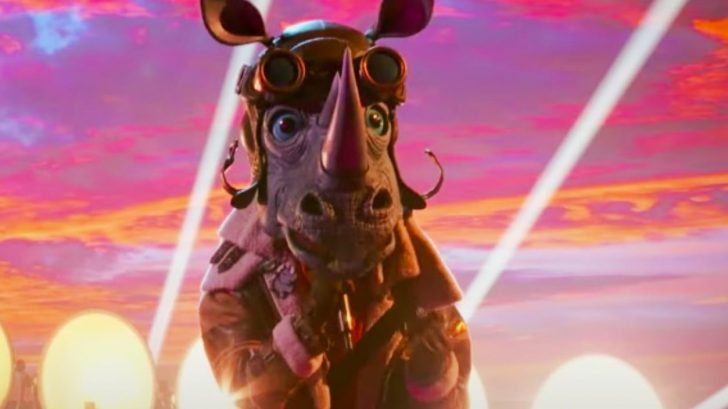 On May 13, four disguised celebrities competed in the semifinals for Season 3 of The Masked Singer. The four contestants left standing at the start of the episode were the Frog, the Turtle, the Night Angel, and the Rhino.

Throughout the competition, the Rhino made it clear he’s a country music fan. He performed Thomas Rhett‘s “Die a Happy Man” and Dan + Shay and Justin Bieber’s “10,000 Hours” in earlier weeks of the show.

So when it came time for him to compete in the semifinals, Rhino turned to another country song. He chose “Humble and Kind” by Tim McGraw.

“Humble and Kind” was released in 2016 as the second single off of McGraw’s Damn Country Music album. The song immediately struck a chord with listeners, and became a number one hit on both of Billboard‘s country charts.

Lori McKenna, the sole songwriter of “Humble and Kind,” was awarded the Song of the Year Award from the CMA and the Best Country Song award from the Recording Academy.

McGraw’s music video for “Humble and Kind” also won the award for Video of the Year at the 2016 CMT Music Awards.

The Rhino had quite the legacy to live up to when he issued his performance of “Humble and Kind.” But we’d say he did a spectacular job, especially when you consider the fact that he is primarily known for his athletic talent.

After the Rhino and the other semifinalists delivered their performances, the judges decided to send Rhino home. Since he was eliminated, Rhino had to take off his mask for the first time and reveal his identity.

When he did, the judges were stunned to discover that he was former MLB pitcher Barry Zito! Judge Ken Jeong was especially thrilled to see Zito, since he had correctly guessed his identity before his unmasking.

It turns out that Zito actually has some musical experience. His mother, Roberta, sang in a group called The Merry Young Souls and she also performed with Nat King Cole and his band.

Zito inherited his mother’s love for music, and went on to learn the guitar. He even co-wrote the song “Butterflies,” which can be heard in the film A Thousand Words, starring Eddie Murphy.

People already knew that Zito could play guitar and write songs, and now they know he can sing too! Watch him perform “Humble and Kind” as the Rhino by tuning in to the video below.