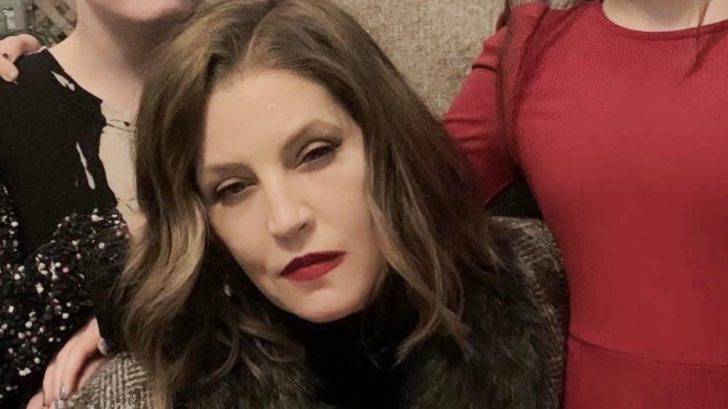 Two days after attending the Golden Globes, Lisa Marie Presley was rushed to the hospital.

On Tuesday (Jan. 10), Lisa Marie and her mother, Priscilla Presley, sat at the Elvis table at the Golden Globes, where actor Austin Butler was up for Best Actor in a Drama Motion Picture. He ended up taking home the trophy and thanking the Presley women, saying:

“And the Presley family. Thank you guys. Thank you for opening your hearts, your memories, your home to me. Lisa Marie, Priscilla, I love you forever.”

The cameras cut to Lisa Marie and her mother, who were both visibly emotional. The music was starting to play him off, and he joked, “You could at least play ‘Suspicious Minds’ or something.”

Butler finished up by thanking his sister Ashley, who was his date, his dad, who was watching at home, and his mother, who passed away when he was 23 (just like Elvis).

“Lastly, Elvis Presley himself, you are an icon and a rebel. I love you so much. Thank you. You are remembered and I will never forget thank you!” he said.

Obviously this honor meant so much to him, but it also meant a lot to Lisa Marie and Priscilla, who have spoken so highly of Butler and his performance, even saying he is the only person to have ever done Elvis justice. Both Presley women were tearing up with pride!

TMZ reported on Thursday (Jan 12) at 11:47AM PST that Lisa Marie suffered a cardiac arrest at her Calabasas, CA home. Paramedics arrived and performed CPR, regaining her pulse before transporting her to the hospital.

Just a few minutes before the news broke, Priscilla congratulated Butler on his Golden Globes win on Twitter.

My heartfelt congratulations to Austin Butler for the Golden Globe award for best actor. It was much deserved. He studied Elvis for 2 years & simply became him in his performance. I’m so proud of you. I only wish that the genius that Baz Luhrmann captured was also recognized.

We are praying for Lisa Marie, and will make sure to update this post as the story develops.