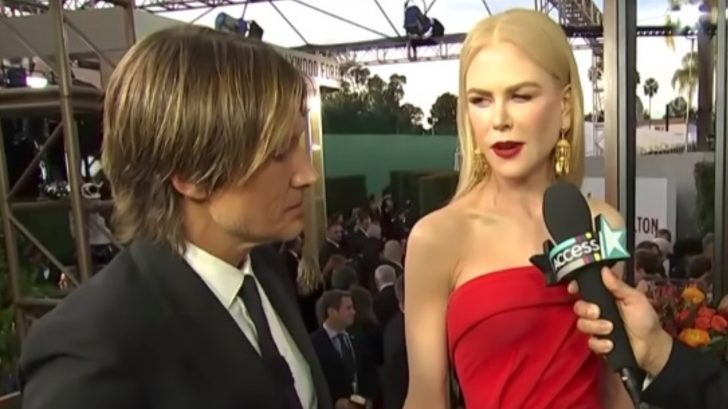 On Sunday, January 5, Nicole Kidman and Keith Urban were dressed to the nines for the Golden Globes, which are held at the Beverly Hilton. Although they were physically in Los Angeles, their hearts were with their native Australia.

As you may have seen, Australia is going through terrible wildfires throughout the country. So far, it has taken 20+ human lives as well as millions of animal’s lives.

On Saturday (January 4), both Urban and Kidman both shared on their social media pages that their family has donated $500,000 to the Rural Fire Services in Australia who are fighting the fires. They also gave a list of different places you can donate to to help out.

Our family’s support, thoughts and prayers are with everyone affected by the fires all over Australia. We are donating $500,000 to the Rural Fire Services who are all doing and giving so much right now.

Before the Golden Globes ceremony started, the married couple of 13 years walked the red carpet, where they were asked about their homes in Australia. Instead of dwelling on their own property, they spoke about Australia as a whole, where they had just spent the holidays.

Access Hollywood‘s Mario Lopez asked the couple, “Before anything, how is your home in Australia and how’s your friends and family out there?”

“The country is under stress, terrible stress right now. Our home is standing and we have had everyone asking about it, but it’s not about us, it’s about the country right now,” she said. “A beautiful, beautiful country. The animals, the people, everything.”

There were previous reports that the couple’s home had burned down, but that is not true. Us Weekly reports that a rep for the actress said, “Their house is not on fire. It is under threat, so keeping a close eye on it.”

Urban and Nicole reportedly own two properties in Australia, a penthouse in Sydney and an 111-acre farm that boasts a gorgeous farmhouse.

We will keep Keith, Nicole, and the entire country of Australia in our prayers while the fires are being fought.

Watch the video below, where Kidman gives Vogue a tour of their Australian farmhouse.