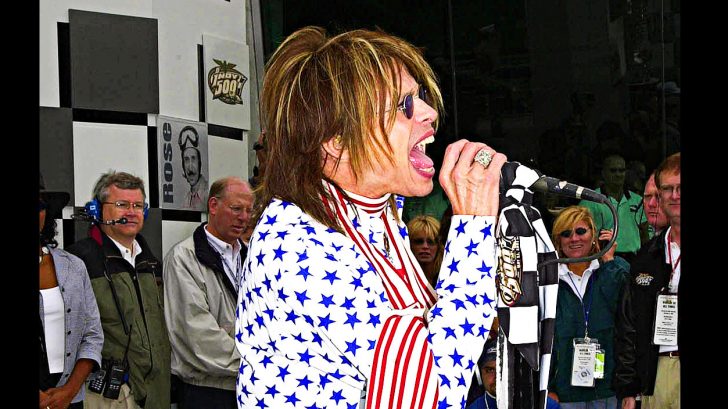 Fergie is currently under fire for her “unique” take on the National Anthem during the 2018 NBA All-Star Game, but she’s not the only artist that has found themselves in hot water over a performance of this patriotic song.

Way back in 2001, at the Indianapolis 500, Aerosmith frontman and country music singer, Steven Tyler, received immense backlash over his altered rendition of the National Anthem.

Fergie, who has performed the National Anthem before – and received great praise for it, decided to perform a very sultry, jazzy version of the song this year – and it came across to the public in a bad way.

Just 17 years earlier, at one of the biggest events in motorsports, Tyler whipped out a harmonica and sang his own take on the “Star-Spangled Banner” for the whole world to hear – and they didn’t much care for it either.

As The Washington Post reports, “Steven Tyler and his harmonica…which probably will never be invited back to the Indianapolis 500.”

”I got in trouble my whole life for having a big mouth,” Tyler said in his statement following the backlash. ”I’m very proud to be an American, and live in the home of the brave.”

IMS President, Tony George acknowledged the public outcry, saying “While we are certainly sorry that some were offended, it was neither our intention nor that of Mr. Tyler to be disrespectful. All of us have the utmost respect for the sacrifice our veterans have made for us.”

Watch Steven Tyler’s performance in the video below and let us know how you think the two compare.