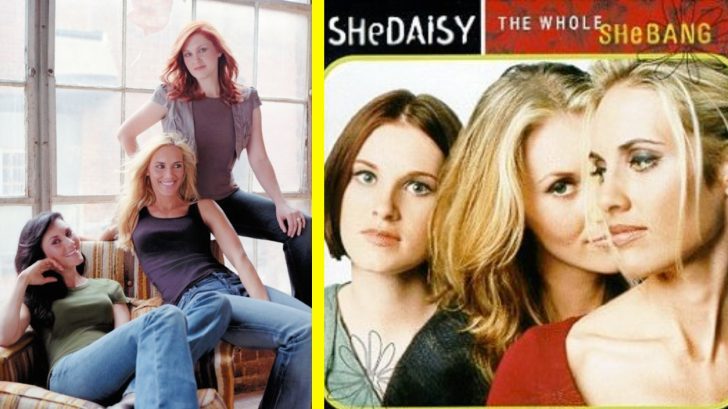 Country music fans absolutely fell in love with hits like “I Will…But” and “This Woman Needs.” After the early 2000s, SHeDAISY just completely disappeared from the airwaves. What happened?

SHeDAISY burst onto the American radios and televisions with widespread success in 1999. The Whole SHeBANG was the group’s debut album, and it was embraced by listeners across genres.

The group who formerly was called The Osborn Sisters experienced quick success and amassed a large fanbase in a relatively short timeframe. SHeDAISY’s freshman album featured songs that are still beloved by country music fans today, including “I Will…But,” “Little Good-Byes,” and “This Woman Needs.”

In 2002, the sisters released their sophomore album, Knock on the Sky. The album was a highly-anticipated release and debuted at number three on several charts. Fans were surprised that the album’s two singles – “Mine All Mine” and “Get Over Yourself “— didn’t perform as well as the group’s prior hits.

Just a short time later and SHeDAISY dropped their Sweet Right Here album in 2004, followed by Fortuneteller’s Melody in 2006.

The latter saw two minor hit singles land on the charts, but the album fell off the charts completely by the end of the year. Their later musical endeavors began to wane with only one-off contributions to collective works, background vocals, and movies.

Their final album, A Story to Tell, was shown with a preview of two songs on their website in 2009 before an announcement in 2010 revealed they were exiting their relationship with Lyric Street Records – which meant the project did not get released.

From a glance at their active social media account, it appears that the sisters decided to simply return to slower-paced lives after the group’s success.

They post regularly on their band’s Facebook page, but these days, their lives are more about sharing their faith and families, rather than their music.

Do you think that SHeDAISY will return to making music again?