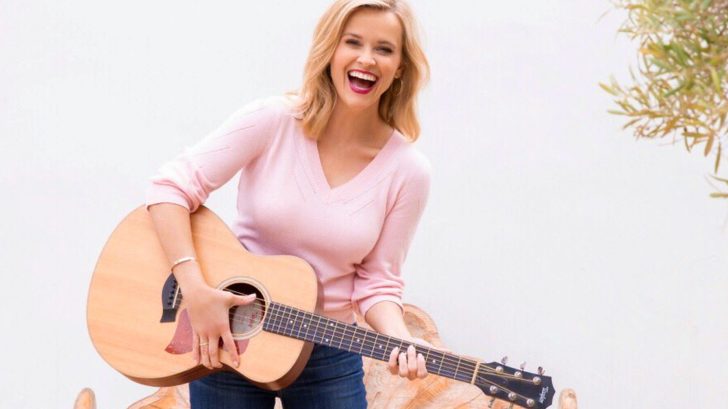 America’s favorite Southern Belle and blonde bombshell has taken the wraps off of a whole new look for a new role…and she’s not blonde anymore!

Reese Witherspoon, a New Orleans native who was raised in Nashville, has been a world-famous actress since her big-screen debut in 1991’s The Man in the Moon. She later starred in a series of other films like Legally Blonde, Sweet Home Alabama, and even portrayed June Carter Cash in Walk The Line. She also starred in the hit HBO series Big Little Lies alongside Keith Urban’s wife Nicole Kidman.

Now, the 43-year-old actress is taking on a whole new role…and with it, a whole new look.

I met a baby goat today… But I was very chill about it. #NBD ? pic.twitter.com/yG91byHhff

The series is a comedy-drama style program that is based around two television anchors (Aniston, Carell) – one of which is fired after 15 years together on the show in the midst of a scandal. Reese Witherspoon plays a newbie journalist who is vying for the remaining tv anchor’s job.

For this new role as “Bradley Jackson” in The Morning Show, Witherspoon went for a dark brown brunette look that really sets off her eyes – but to some, she’s barely recognizable in the press photos!

Hey everybody!! This just in… @themorningshow premieres November 1st on @appletv!! I’m seriously so excited… I think I’m gonna have to lie down. ☕️?? (?: @thomaswhiteside)

Check out the full trailer for the new show below and let us know what you think of her new hair color!