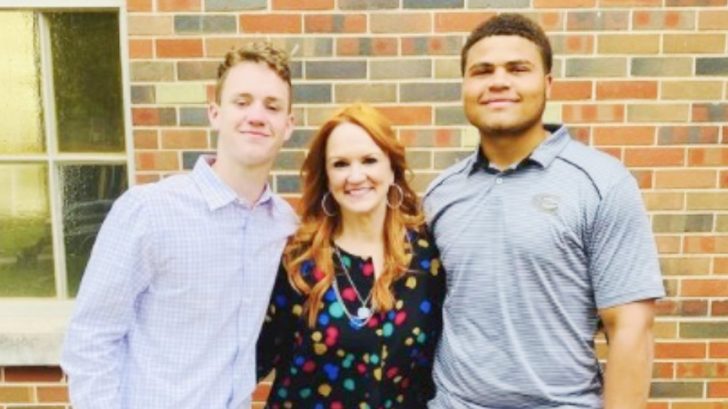 In 2020, “Pioneer Woman” Ree Drummond introduced her followers to her foster son, Jamar.

It turns out that Jamar had been with the Drummonds for a year and a half before Ree spoke about him on her platforms. As she explained in a blog post, she had never previously posted about him online because “the state agency that handles fostering has strict rules against posting about foster children on social media.”

But those rules no longer applied once Jamar turned 18. After that, Ree said Jamar told her he was “tired” of being hidden from the world, and was ready for her fans to meet him!

Ree detailed how Jamar came to live with her family, saying:

“Fostering a kid was never something Ladd and I pursued or felt called to do, but Jamar’s circumstances presented themselves to us in a way we couldn’t ignore—so, long story short, all six foot five inches of him showed up at our house one afternoon, bag in hand, ready to move in.”

Ree calls Jamar her “bonus son” and describes him as being “bodacious, bright, [and] brilliant.”

In February 2021, Jamar signed to play football at the University of Central Oklahoma. Ree gushed about his signing day, saying, “I’m so proud of him and so grateful for his friends, coaches, and community for supporting him in countless ways.”

During one of his recent visits home, Jamar went on a ride with Ree to watch the sunset. It was a particularly beautiful sunset, and Jamar felt moved to take a few photos.

While Jamar was photographing the sunset, Ree felt moved to take a few photos of him. She shared those photos on Instagram, and paired them with an affectionate message:

“Pics of Jamar in the sunset taking pics of the sunset. There probably should have been punctuation somewhere in that sentence, but the sunset fried my brain with its majesty. Love you, Jamar!”

You can see the heartwarming post Ree shared about Jamar below.