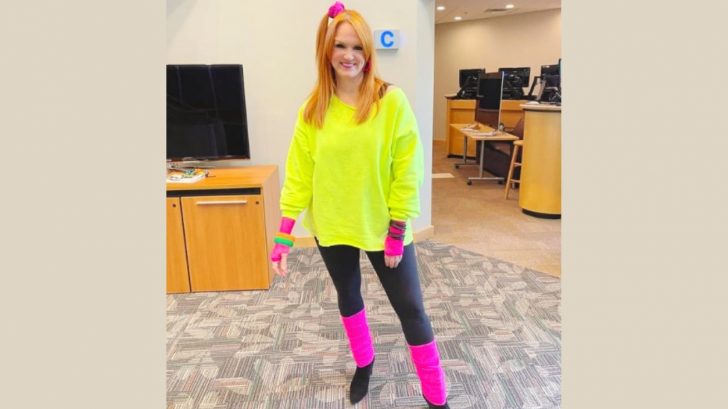 As the star of her own Food Network cooking show and the author of multiple cookbooks, it’s goes without saying that Ree loves food. In her TikTok video, Ree admits that love for food “crept up on” her, “especially” over the course of the past year.

So in January, Ree “decided to get busy and lose some weight.” In her TikTok, Ree briefly explained how she was able to lose 38 pounds in just a few months.

“I just cut calories, exercised more, lifted a lot of weights,” Ree said. “I look better but I feel so much better and that’s what really counts.”

@thepioneerwomanMoving more and building muscle has been the key for me! ? I still love fries, though. ##fyp♬ Taste It – Ikson

After another month passed, Ree said she lost a total of 43 pounds. She shared more of her weight loss secrets in a blog post on her Pioneer Woman website.

But before going in to detail about how she lost the weight, Ree made it clear that being “skinny” was never her main goal:

“Though I had gained considerable weight over the past three years and I definitely wanted to slim down for [her daughter] Alex’s wedding in May, what motivated me the most was just wanting to feel better and have more energy,” she said.

First, Ree explained what she didn’t do. She didn’t buy special diet foods or follow a specific diet and she didn’t hire a fitness trainer. From there, she shared a list of ten things she did do to lose the weight…and they’re all pretty simple!

To boil it down, Ree started eating less and moved her body more. She says she “still ate god food” but just became more mindful about what she was eating and how much she was eating.

As for exercise, Ree enjoyed long walks around her family’s ranch. She also exercised on the rowing machine and did Pilates. After hitting a plateau with her weight loss six weeks in, Ree switched up her routine and started doing some strength training. That helped her break through her plateau, and made her gain more muscle!

Ree went into even more detail about her weight loss journey in her blog post, so check it out to read all of her secrets!

Since writing that post, Ree shared another update on her weight loss journey during an interview with ET. In that interview, which was conducted in September 2021, Ree said “I almost lost 60 pounds now.”