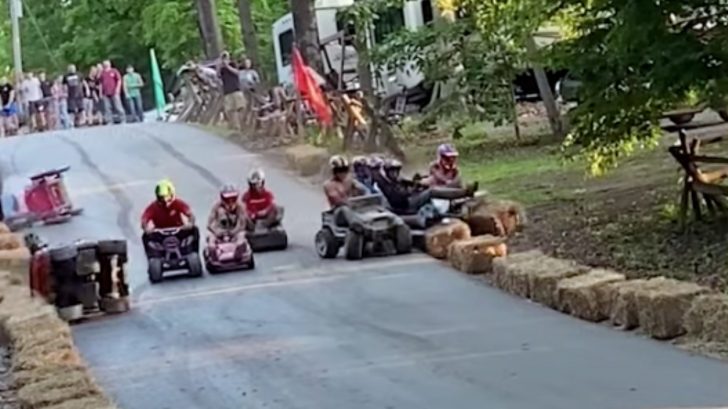 Professional racecar driver Lauren Partin shared a legendary moment with her family in her hometown of Peebles, Ohio by racing a bunch of out-of-control children’s Barbie Jeeps down a hill together, and it was all caught on camera.

This had to have been preplanned because all the racers were decked out in gear, helmets, and stickered-up Barbie Jeeps. There were even hay bales lining the side of the road to protect the racers in case any of them wrecked.

When the race officially started, they all took off flying like a bat out of hell. Many of them were going so fast they didn’t even make it 50 feet before losing control and crashing along the side of the road.

Onlookers watching from the sidelines laughed and cheered the family on as a few of them managed to speed ahead without wrecking and making it to the finish line.

The other racers picked up their Barbie Jeeps and got back on the road to successfully make it to the end as well. It’s incredible. Check out the footage below.