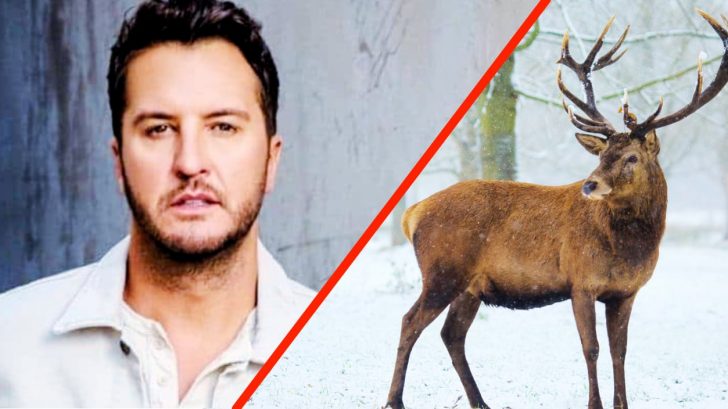 Between the evening of December 4 and the early morning of December 6, a red stag living on country singer and American Idol judge Luke Bryan‘s private property was shot and killed.

Red stags, which are a large deer species resembling an elk, are not native to the U.S.

This means that Bryan would have brought the stag in from elsewhere to live on his farm, and he owned the animal.

Bryan and his wife, Caroline, run a petting zoo named Brett’s Barn in honor of their late niece, Sadie Brett Boyer. The petting zoo is home to a number of exotic and interesting animals, which sick children get the chance to interact with when they visit.

It is unknown if the red stag was part of Brett’s Barn, or was simply a resident of the larger Bryan farm.

REWARD OFFERED: Wildlife Resources Agency spokesman believed the deer was shot from the road onto Bryan's private property. The Maury County Sheriff's Office is offering a $5,000 reward for information leading to an arrest. https://t.co/Z9Mumqt2b0

According to Barry Cross of the Tennessee Wildlife Resources Agency, Bryan’s farm manager was the one who reported the stag’s death. The Tennessean cities Cross as saying the stag “was apparently shot from the road.”

“As an agency we appreciate our hunters who do the right thing and follow the bylaws, and it takes a second for someone to ruin it for all of us,” Cross told the publication

The Maury County Sheriff’s Office has started an investigation.

Bryan is offering a $5,000 reward to anyone who can provide “information that leads to the arrest and conviction of the person or persons responsible” for the stag’s death. The Tennessean previously reported the award was being offered by the Sheriff’s Office, but updated its report to correct the mistake.

News Channel 5 out of Nashville, Tennessee reports that anyone with any information concerning the shooting of the stag should call the Maury County Sheriff’s Office at 931-388-5151.

Other than offering the $5,000 reward, Bryan has not released a public statement about the stag’s death as of press time.

We hope the person or people responsible for shooting and killing the stag are caught and apprehended. Red stags are such beautiful creatures, as you can see in the video about them below.