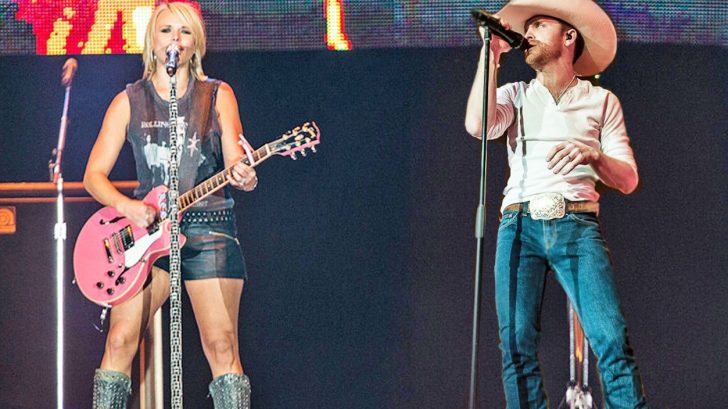 In addition to their multiple tours alongside one another, Justin Moore and Miranda Lambert have also recorded together. In what can only be described as a lonely hearts anthem, the two country singers shatter the hearts of the newly single with their unreleased duet “Old Habits.”

Off The Beaten Path hits stores 9/17. I can't wait for y'all to hear my new music. There's some good ones with Miranda…

Off Moore’s 2013 album, Off the Beaten Path, Lambert joined him for a tear-jerking duet detailing the difficulty people often have coming to terms that their former life with someone in it has come to an end. The song cuts deep with heart-wrenching lyrics such as “I said goodbye when you let go/ Still I hold on to all I’ve known.”

Hurry and grab a copy of Off The Beaten Path while it's only 6.99 here: http://smarturl.it/JMOTBPSLet's unlock some more prizes!!

So why is it a song this good never made it to the radio?

“I’d love nothing more for the opportunity for that song to be a single,” says Moore according to Rolling Stone. “But there’s backroom stuff that the fans don’t really care to hear about that make it at least challenging to do that.”

Moore regards Lambert as “one of a very small group of people” he keeps in his inner circle.

Alright Y'all! Here is my #IceBucketChallenge from B-Dub of 98.7 The Bull. Miranda Lambert, Thomas Rhett and Jen Bielema get ready…you're next! #StrikeOutALS

You can listen the “Old Habits” below