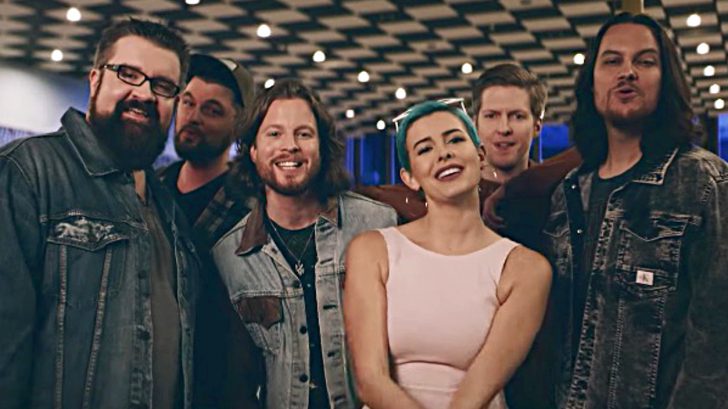 In the country music world right now, one song reigns supreme. That song is “Meant to Be,” recorded by pop star Bebe Rexha and featuring Florida Georgia Line.

From the second it appeared on the Hot Country Songs chart, “Meant to Be” was breaking records. It did so by debuting at the top spot on the chart, a feat that had never been accomplished by a female solo artist before. Overall, only two other songs have ever debuted at the chart’s top spot: Craig Wayne Boyd‘s “My Baby’s Got a Smile on Her Face” and the mega-mashup “Forever Country.”

But that isn’t the only record shattered by “Meant to Be.” The song broke yet another record when it became the longest-running female-led number one in Hot Country Songs chart history. At a current total of 14 weeks atop the chart, it beat out Taylor Swift‘s “We Are Never Ever Getting Back Together,” which was the previous record holder.

Since “Meant to Be” is one of the hottest songs in country music right now, everyone’s favorite country a cappella group decided to offer up their own rendition. That’s right, the Home Free guys have a brand-new version of “Meant to Be” for y’all to hear, and it features a special guest.

As you likely know, Home Free is an all-male country a cappella group. With “Meant to Be” being a female-led song, the fellas invited Lisa Cimorelli from the family group Cimorelli to join them.

In typical Home Free fashion, the group also shared a music video for their version of the song. The video shows Lisa and the Home Free guys enjoying a fun day at the arcade, where they play video games and drive bumper cars.

While it is Home Free’s video, Lisa is the clear star of the show. This is something the group even recognizes themselves, with bass singer Tim Foust saying “sing it girl!” to her at one point mid-song.

You can see just how good Lisa is when you watch her sing “Meant to Be” with Home Free in the video below. These guys hit it out of the park yet again!