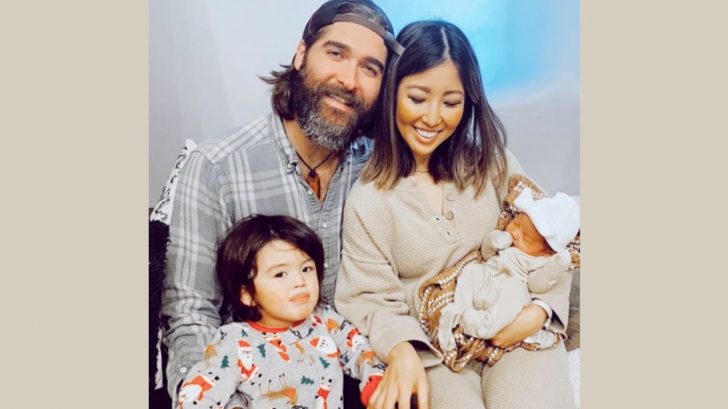 “We are so grateful beyond measure as we received the most precious Christmas gift this year!” Rebecca wrote next to some photos of Holland.

Rebecca and John Reed did not find out ahead of time if they were having a boy or a girl. So while Rebecca was pregnant, Zane took to calling his baby sibling “J.J.”

Back in August, Rebecca wrote:

“So apparently Zane thinks he is going to have a sister, and already named her J.J…( he got the name from Cocomelon ) he has been saying this since we found out ( swipe to see videos ) what do y’all think?? Do you think he is right??“

Zane never let up on his belief that he was having a baby sister…and he was right! He also never stopped calling her J.J., even now that she’s here and doesn’t have a “J” name at all.

“We didn’t go with the JJ initials, so we’ve been trying to get Zane to call her ‘lo lo’ instead,” Rebecca wrote in a new post on Instagram. “We haven’t been super successful. We are even used to calling her JJ, so she might just have to live with the nickname JJ.”

In the same post, Rebecca explained the meaning behind Holland’s name. She said both her first and middle name have family ties.

Rebecca said that “Holland” was the last name of John Reed’s grandmother, “who he was super close to.” As for the middle name, “Lo,” Rebecca says that is her “native family name in Taiwan.”

For those of you who don’t know, Rebecca joined Willie and Korie Robertson‘s family as an exchange student from Taiwan in 2004. The Robertsons loved her so much, they asked her to stay…and she did! She remained in the U.S. after school, and Willie and Korie consider her to be their daughter.

Look below to read Rebecca’s full post explaining the meaning behind Holland’s name.