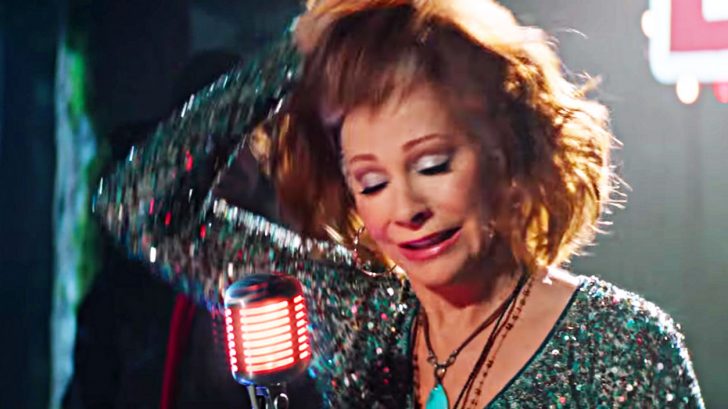 She showed off a whole new side to her Colonel Sanders’ character for Kentucky Fried Chicken’s new commercial – and we can’t stop laughing!

Reba McEntire had revealed that she took on the role of Sanders for the fried chicken chain in a series of hilarious commercials that outfitted her with short white hair and a goatee in a fun new twist.

To my friend @reba,

Because we are definitely two different people, it’s an honor to wish you a happy birthday.

P.S. Mine is in September. Please send chicken. pic.twitter.com/D0UxfDfsR7

The commercial, titled “Country Music Singer” features everyone’s favorite country queen, Reba McEntire, singing a twangy tune about this new flavor of fried and dressed chicken, Smoky Mountain BBQ. But about halfway through her song, McEntire calls the band to stop and does the unexpected!

Next thing you know, she’s yanking off her red hair and throwing the fiery wig at her fiddle player, revealing that her actual hair is that of Colonel Sanders!

As KFC said of the video, “Watch a legendary chicken salesman pretend to be a country music legend…”

The camera quickly pans back to Reba who’s putting the final touches on her reverse costume change and has transformed back into the “real” her: Colonel Sanders.

Her character then begins to sing along to the song again but is using a piece of Smoky Mountain BBQ fried chicken as a microphone.

Watch this hysterical KFC commercial starring Reba McEntire (or is it Col. Sanders?) in the video below.