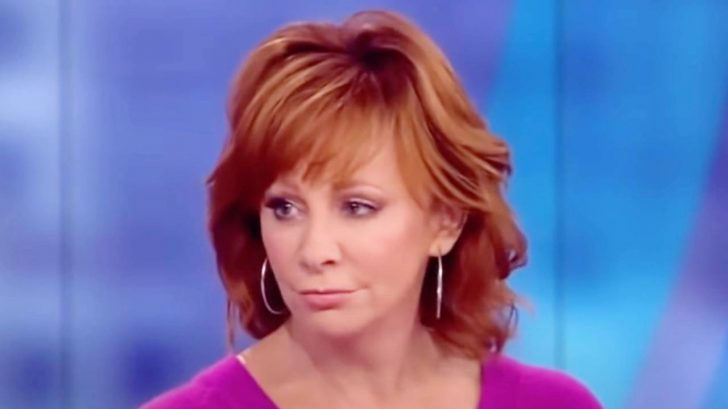 In June 2020, Kelly Clarkson shocked the world when news that she filed for divorce from her husband of 7 years, Brandon Blackstock, surfaced. It was especially surprising to fans because they had been quarantining together with three of their children on their Montana ranch.

Since the filing, things have gotten…interesting. The former couple have gone back and forth in court over child support, spousal support, and most recently, a judge ruled that their prenup will be upheld and Clarkson will maintain ownership of the Montana ranch where Blackstock has been residing for over a year. There were reports that he had long-term plans of being a rancher and “living off the land.”

Many people have commended Clarkson on her strength amid her messy divorce, and one high profile person has recently spoken about it for the first time…and she has ties to both Clarkson and Blackstock.

Reba McEntire was married to Blackstock’s father Narvel for over two decades, making her his stepmom and the grandmother to his four children, two he shares with Clarkson. She also has been good friends with Clarkson for many years and they have collaborated many times over the years.

Because of her close connection to them both, she of course was asked about the divorce while doing press for her new box set Revived, Remixed, Revisited.

During an interview with Extra, McEntire said, ““You know, I love them both. Brandon’s my stepson, Kelly’s my good friend… I am pulling for both of them. I hope they’re happy and healthy and pull though this. I pray everyone gives them the encouragement they can because they need it right now, both of them do. I love the both of them with all my heart.”

In another interview with Entertainment Tonight, McEntire revealed whose side she will be taking: no one’s.

“Kelly and I do talk, we text and I love them both, and so I can’t play favorites because I’ve been a friend of Kelly for a long time,” McEntire said.

On the flip side, she considers Brandon her own blood, even though he is not.

“Brandon’s been my son forever it seems. Although he’s my stepson, I still love him like he’s my total — my blood, so I’m praying for ‘em both ’cause I love ‘em both,” she said.