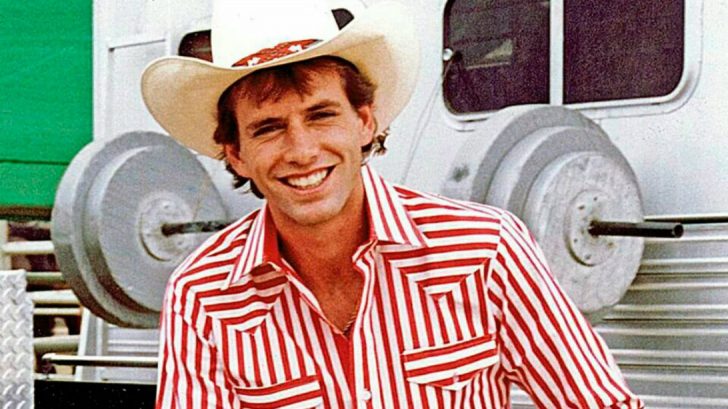 July 30, 1989 is a day that rodeo fans will never forget. It’s the day that beloved bull rider Lane Frost died after a tragic accident in the rodeo arena.

The 25-year-old world champion had just completed an 85-point ride at the Cheyenne Frontier Days rodeo. When he landed, the bull named Takin’ Care of Business struck Lane, breaking ribs and severing an artery. Frost stood up and motioned for help, but passed away before he ever left the arena.

On the anniversary of his death, friends and fans paid tribute to him with social media posts. But, perhaps the most moving tribute came from writer Kendra Santos who penned a lengthy story recalling her years getting to know Lane, whom she called “talented, handsome, young, and especially gifted with people.”

“I got to know Lane and his best friend and fellow world champion bull rider, Tuff Hedeman, in 1987, back when the rodeo season ran the calendar year and I took my first full-time job out of college writing cowboy stories for the Professional Rodeo Cowboys Association (PRCA),” Santso recalled. “Lane had a way of making you feel like family about five minutes in.”

Santos got to witness the pinnacle of Lane Frost’s career first-hand. She was also there the day he died and recalled in chilling detail the moment that bull riding changed forever.

“Lane wasn’t known for pretty dismounts, so his landing was not unusual. The bull took a poke at him with a horn on the way by, but the give in that muddy arena seemed a good enough shock absorber. We’d all seen Lane walk away from much worse looking wrecks. What made me run was when he got to his feet and waved for Tuff to come help him before falling back down,” Santos recalled.

“When I’d almost reached the medic tent behind the bucking chutes…I was stopped in my tracks by the sight of another bull rider sobbing with his head against a fencepost. I stopped and put my hand on his back. ‘They say Lane didn’t make it,’ he managed. I whirled around in time to see Tuff jump in the ambulance by Lane’s side just before they slammed the door.” Santos sped to the hospital where she was met by the grim news that Lane Frost had died.

“Tuff stayed with Lane while they unplugged all the tubes and machines used to try and pull off a medical miracle. He gave Lane a hug and a kiss, told him he loved him and said, ‘See ya.’ Tuff then had the terrible task of calling Lane’s folks, Clyde and Elsie, before flying Lane back to Oklahoma one last time.”

Why Lane? It’s a question every one of us who knew and loved Lane Frost has asked countless times since July 30,…

In a way, that was just the beginning of Lane Frost’s story. Five years after Frost’s death, a movie was made to commemorate his life. While those closest to him claim that 8 Seconds was greatly fictionalized, it helped spread Lane’s legacy and contributed to his rodeo legend status.

One of the greatest highlights of 8 Seconds, besides the incredible acting skills of Luke Perry and Stephen Baldwin, was the movie’s soundtrack. It featured songs from country stars Vince Gill, Brooks & Dunn and Billy Dean. But, it was perhaps Reba McEntire’s touching performance of “If I Had Only Known” that most resonated with fans and has served as a tribute to Lane Frost in the 30 years since his death. The music video for the song is filled with footage from Lane’s impressive career and serves as a poignant reminder that Lane Frost was indeed one of the best bull riders in PBR history….not just because of his success, but because of his huge heart and passion for life.

“Lane changed me more than any single person,” Tuff Hedeman said of Lane. “Just in the way he conducted himself and handled things. He was outgoing and just so nice. He never met a stranger. I, by nature, was pretty shy. And I didn’t have all of his social graces. He was one of those guys who always wanted to do what was right and what you’re supposed to do. He was truly a good guy.”

Watch Reba McEntire’s emotional tribute to Lane Frost in the video below.