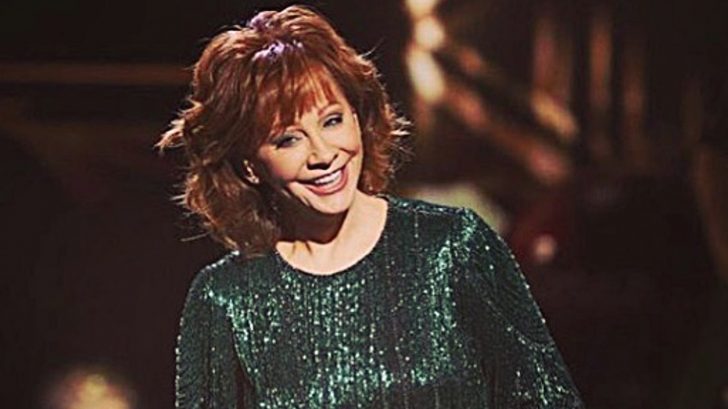 Following her divorce from Narvel Blackstock in 2015, Reba McEntire enjoyed single life for a little while. But it was only a matter of time before she found love again, and she found it with a man named Anthony “Skeeter” Lasuzzo.

McEntire and Lasuzzo met in August 2017 while McEntire was vacationing with Kix Brooks and his wife in Wyoming. The Brooks family knew Lazuzzo, a photographer and retired geologist, and asked if he could show them around Yellowstone.

Sparks flew between McEntire and Lazuzzo, and she knew she had to see him again:

“I made another trip to Jackson Hole, because I just love it up there, and he asked me out for a date — just the two of us,” McEntire told Taste of Country. “And we’ve been dating ever since.”

While Lasuzzo popped up in photos on McEntire’s Instagram from time to time, the two held off on confirming their relationship. Finally, they made their public debut as a couple at the Grammys in January, and they were the talk of the red carpet.

ET interviewed the couple on the red carpet. When asked to introduce her date, McEntire wasted no time in declaring him as her new love. “My date is Skeeter, come here Skeeter,” she said. “Skeeter Lasuzzo. He’s my boyfriend.”

As you would expect, McEntire’s fans were head-over-heels excited for her that she had found love again. The two have kept out of the spotlight since their big Grammys debut as a couple, leaving fans anxious to see more photos of them together.

Well, there’s no need to wait any longer, because McEntire just shared a brand-new photo of her and Lasuzzo, and it’s as cute as can be.

Together, McEntire and Lasuzzo attended the 2018 Celebrity Fight Night, a charity even that attracts some of the brightest stars in the celebrity world.

McEntire and her new love stopped to pose for some photos, and McEntire shared one of those with her fans on Instagram. Both dressed in matching black attire, the photo shows the couple snuggling up next to each other as they smile for the camera.

Look at those smiles! It seems like McEntire and Lasuzzo really enjoy each other’s company.

We’re so happy that McEntire was able to find love again. Are you excited to learn more about the new man in her life?