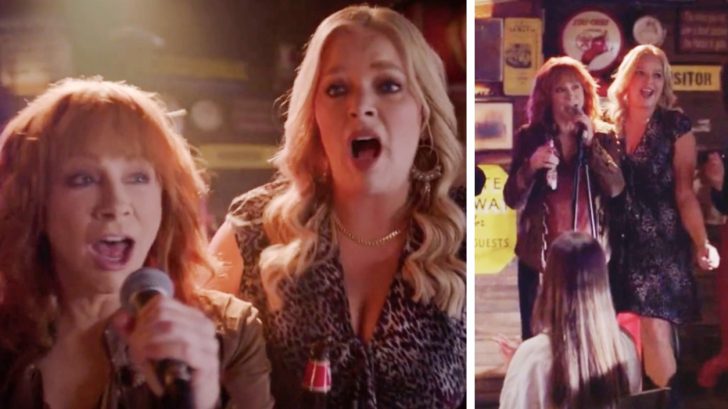 The Reba show ended in 2007. But McEntire and Peterman still spend lots of time together!

The two friends recently reunited on the set of their new movie, The Hammer. McEntire plays a judge named Kim Wheeler, and Peterman plays her sister, Kris.

The Hammer premiered on Lifetime on January 7. Fans loved seeing McEntire and Peterman together again…especially in one scene that features a musical performance!

The scene shows Kim and Kris singing karaoke together in a bar. They fittingly picked a country song to sing…The Judds’ “Girls Night Out.” The song was released in 1984 and reached the #1 spot on the Hot Country Songs chart.

“Reba McEntire’s #TheHammer is the perfect movie for girl’s night!” Lifetime captioned a video of McEntire and Peterman’s performance they shared on Twitter. The clip is a short one, but you’re sure to enjoy it when you watch it below.

McEntire and Peterman make a great team! We’re so glad they got back together to film something new!