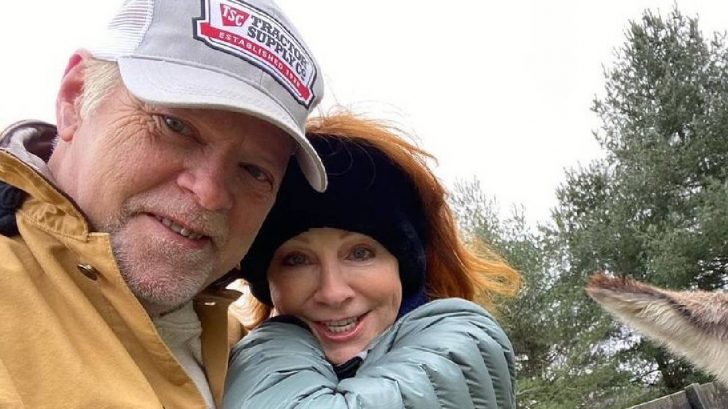 In January of 2020, Reba McEntire went to dinner with some friends, including her Reba co-star Melissa Peterman and actor Rex Linn. Later that year, McEntire and Peterman started a podcast called Living & Learning and on an October episode, McEntire revealed that there was a new man in her life, Rex Linn. A relationship blossomed out of that dinner so many months before.

Peterman told McEntire, “I think you guys are real cute together!”

Over the next several months, Reba and Rex began spending more and more time together and even gave themselves nicknames. They call themselves “The Tots,” One is Sugar Tot and the other is Tater Tot. Perhaps the nicknames came from their first dinner together where tater tots were served.

When McEntire and Darius Rucker hosted the CMA Awards, Linn even made it into the monologue!

In a new photo from Peterman, she shared a backstage shot of her with McEntire and Linn. She was dressed in a full eagle costume, while the couple looked to be listening intently on what she was saying while holding hands. What a fun friendship these three must have!