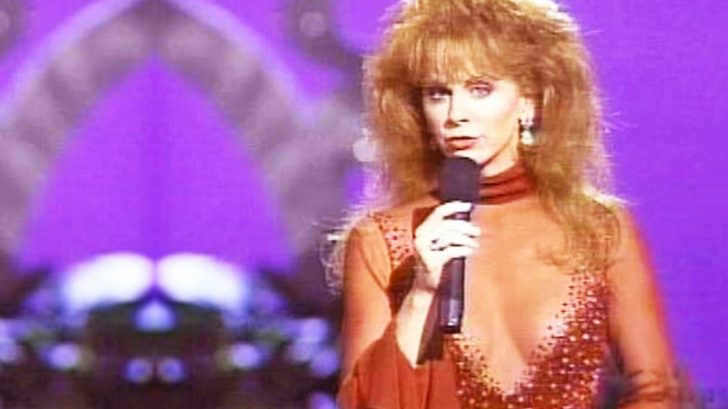 Wearing her iconic red dress, Reba McEntire took the 1993 CMAs by storm alongside Linda Davis in their captivating duet of “Does He Love You.”

The two country singers battle it out in a spit-fire duet of the song that features a verbal fight between McEntire and Davis who are in love with the same man. The two female narrators are aware that the man is unfaithful to both of them but cannot seem to escape their love triangle.

25 years ago today, we released “Does He Love You” with @lindadavismusic. We toured all the over the world singing this song and I’m so glad we captured it on video during my Reba Live TV special. Thank you Sandy Knox & Billy Stritch for such a gift of a song! #throwbackthursday pic.twitter.com/4hCM5cJ2hW

“Does He Love You” was recorded by Davis and McEntire in 1993 and went on to become one the most awarded songs of their careers, winning a Grammy for “Best Country Vocal Collaboration,” and a CMA Award for “Vocal Event of the Year.”

You can watch their 1993 CMA performance of “Does He Love You” in the video below and be sure to let us know what you think in the comments!