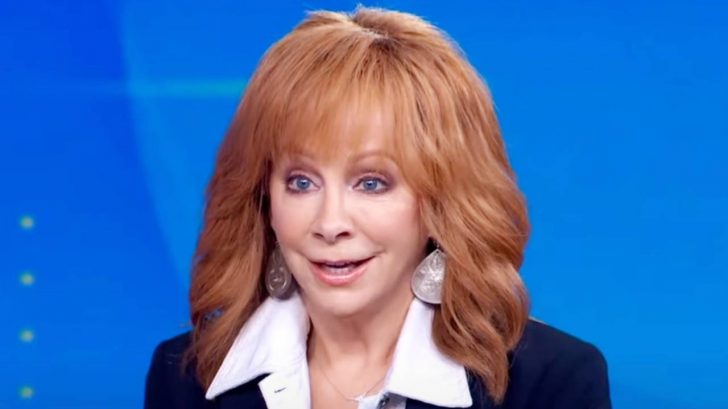 While promoting the season premiere of her show Big Sky, Reba McEntire stopped by Good Morning America and talked about her villainous character in the mystery drama, as well as a few other things!

She sat down with three GMA anchors, who showed a clip of her sinister character, Sunny Barnes, and asked about where she drew influence from to play this character.

Reba added that after a recent scene they filmed, she asked her boy friend Rex Linn, who plays her husband Buck Barnes on Big Sky, “Was that Bette Davis or what?!” And she completely agreed!

After asking her a few more questions about Big Sky, Michael Strahan brought up the fact that the last time he sat down with Reba was two years ago and at that time, she said that a Reba show reboot was getting close. In fact, she said that the cast was all “100% on board.”

Strahan asked if they are any closer to getting the reboot going.

“Unfortunately not,” she said. “I thought we were getting really close. But nope. Not gonna be able to do it for right now. But we’ll keep seeing if we can get in there somewhere.”

Watch her address the Reba reboot in the video below.