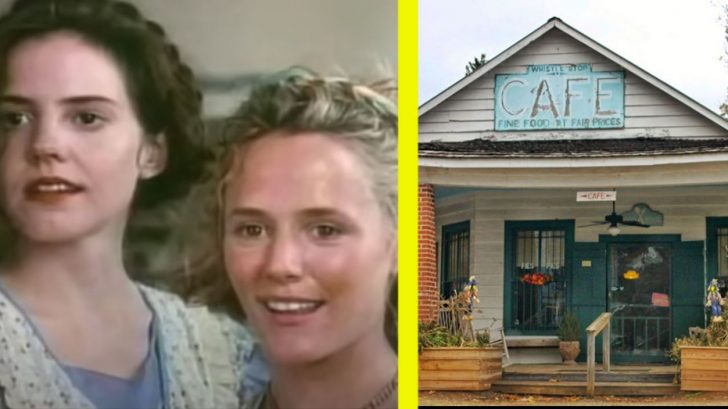 Fried Green Tomatoes is a classic film released in 1991 that was inspired by the novel Fried Green Tomatoes at the Whistle Stop Cafe by Fannie Flagg. The classic film follows two sets of female friendships and the various hardships they endure together. Actress, Jessica Tandy landed an Oscar nomination for Best Supporting Actress and the script was nominated for Best Adapted Screenplay.

The movie itself had a very small budget and the director Jon Avnet had to cut back whenever possible. Flagg had initially based Whistle Stop in her novel on Irondale, Alabama, however production designer Barbara Ling found Juliette, Georgia to be the ideal filming location. The town is located around an hour outside of Atlanta, and back then seemed nearly deserted. Ling decided to use the town and its old antique and hardware store that made the perfect Whistle Stop Cafe.

A post shared by This Is My South (@thisismysouth)

Following the release of the film, the town opened up a real Whistle Stop Cafe set up just like the one in the movie. Local resident Robert Williams had inherited the building and partnered with his friend Jerie Lynn Williams to open up the Original Whistle Stop Cafe.

The building was first built in 1927 by Edward L. Williams, Sr. who used it as a general merchandise store for 40 years. After that, it was rented out until Hollywood came and put the small town on the map.

Watch the trailer for the movie below.