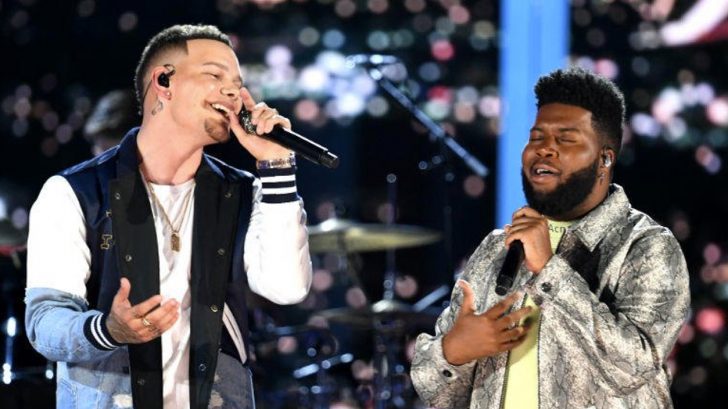 He might not sing country music, but the country music world is welcoming him with open arms. 21-year-old R&B singer Khalid has been taking the music world by storm since his debut in 2016. Almost every one of his singles is certified Platinum or above, and he shows no signs of slowing down.

If you’re not convinced that he’s one to watch, then take a look at his recent Billboard Music Award nominations, which is partly based on chart performance.

Speaking of @thegreatkhalid, our king is nominated for a total of SIX #BBMAs

His remixed version with Brown was released in January to rave reviews. His fan base might not have known who the “Good As You” singer was, but after hearing their unexpected collaboration, they consider themselves Brown’s fans as well.

When their version was released, people pointed out the similarities in their voices, especially when they sang in unison – it truly only sounded like one voice! The duo dropped the music video to their remix in February and it has amassed over 81 million views.

Brown and Khalid’s ACM Awards collaboration was announced a couple weeks ago, along with Jason Aldean and Kelly Clarkson, Dierks Bentley and Brandi Carlile, Eric Church and Ashley McBryde, Dan + Shay and Kelly Clarkson, and Miranda Lambert and George Strait, just to name a few!

Khalid started off the song, which had everyone in the audience dancing in their seats and Brown walked out from side stage to join him for the catchy chorus.

Watch their performance below.