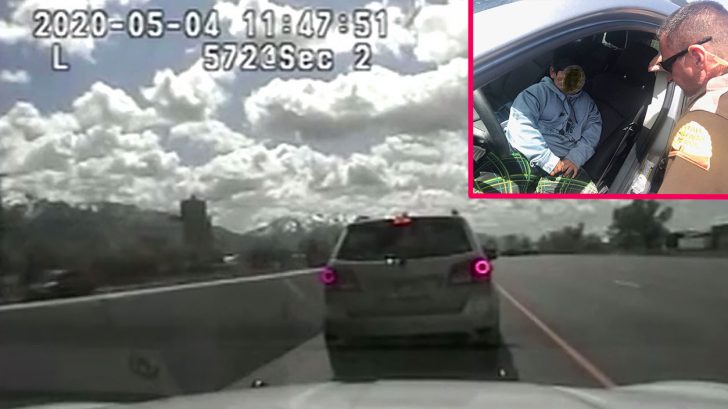 In Utah earlier this week, a 5-year-old boy named Adrian was pulled over after he drove off in his parents vehicle following an argument with his mom. With his feet barely touching the pedals, the boy made it about two miles from home before he was pulled over on I-15 by State Trooper, Rick Morgan.

We later found out Adrian had an argument with his Mom, in which she told him she would not buy him a Lamborghini. Once his older sister watching him fell asleep, he took the family vehicle, his $3 in savings, and attempted to drive to California, to purchase one himself.

“I approached the vehicle and I was expecting to find somebody who needed an ambulance or paramedics. It was pretty clear when the window came down it was a young, very underage driver.”

“He’s always said he wanted to go to California to buy one, but we never thought it would be the next day.”

The day after the incident, Adrian got the surprise of his life when a nearby Lamborghini owner came by to give him a ride in his dream car. Along with this amazing experience, a business in California has offered to fly Adrian out to a private track where he’ll be allowed to actually drive a Lamborghini – this time he’ll have some supervision.

Watch the video below for the whole story.