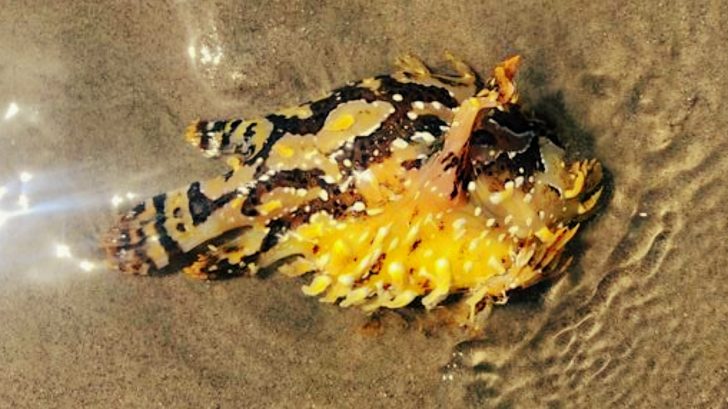 A cannibalistic fish has washed up on the beach, according to the Padre Island National Seashore (PINS) who shared a picture of it on Facebook.

“First, it was blue dragons, then a mystery creature and now it’s a cannibalistic fish that has washed up on Padre Island National Seashore,” KSAT said about the photo.

PINS asked their followers if they could guess what it was and then later informed them that its official name was a sargassum fish. They said this type of fish lives in the seaweed beds in the Gulf of Mexico and is distinctively known as a “ravenous” ambush predator.

“And as you can tell by its coloring, it does an excellent job of blending in and often looking like bits of seaweed itself!” PINS wrote on Facebook.

The fish has the cool ability to change the color and texture of its skin to camouflage into its environment. It stealthily sneaks up on its prey and swallows them whole. The reason it has the name cannibal fish is because it’s even known to eat other sargassum fish.

“Just another amazing inhabitant of the Gulf of Mexico and Padre Island National Seashore!” PINS said.

In the continuing saga of weird things washing up on our shore, this little guy was found by a visitor a few weeks ago!…