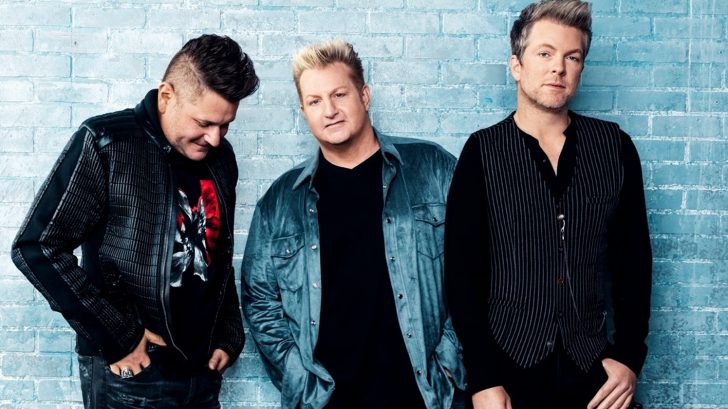 One of the best-known bands in country music – and a trio that has reigned high across the charts for the better part of two decades has finally decided it’s time to hang up their hats.

Rascal Flatts, which is comprised of Gary LeVox, his second cousin Jay DeMarcus, and Joe Don Rooney, was formed in 1999 and released their first single, “Prayin’ for Daylight,” the very next year.

Over the next 20 years, Rascal Flatts released a total of 37 singles and recorded 11 full studio albums. 14 of their singles went straight to #1 on the charts, while 31 of them landed in the Top 10. To say that they were simply a “popular country band” would be a real understatement. These three guys have helped to shape the sound of country music and the landscape of the genre as we know it.

Sitting down on January 7th, 2020 with CBS This Morning, the trio announced a brand-new tour…and also revealed that it would be their last.

Titled “Farewell: Life Is a Highway Tour,” the 25-date tour will run from June 2020 through October and span across the country with one date in Canada.

“When we started out 20 years ago, we could not imagine all of the people, places and gifts we would encounter. As we head out on the Rascal Flatts Farewell – Life is A Highway Tour, there is no sadness. Just new chapters, new journeys, and new beginnings,” they said in a tweet.

When we started out 20 years ago, we could not imagine all of the people, places and gifts we would encounter. As we head out on the Rascal Flatts Farewell – Life is A Highway Tour, there is no sadness. Just new chapters, new journeys, and new beginnings. pic.twitter.com/IL7Rnw1pv1

In response to being asked if they have “any future plans” during the CBS This Morning interview, Jay DeMarcus quickly said:

“No, we don’t have any plans right now. We want to take the year and focus on a celebration of thanking our fans for 20 wonderful years.”

The tour will kick off in Indianapolis at the Ruoff Music Center and will come to a close in October with their final stop in West Palm Beach, Florida.

The trio did mention that they are “taking 12 months to celebrate” which might mean that there will be other shows and performances beyond just the tour dates listed. They also said that they may come back together to make music in the future – but reiterated that they “don’t have plans” to do so.

Watch their full interview on CBS This Morning below and check out the entire list of tour stops as well.