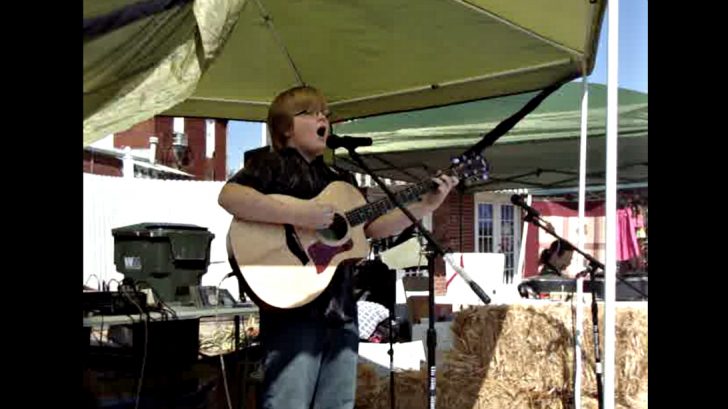 American Idol runner-up Caleb Lee Hutchinson has quite a story to tell. The Dallas, Georgia, native learned to play guitar at age 12 and quickly became a local celebrity as he played and sang at every opportunity.

Hutchinson didn’t shy away from the spotlight. In fact, he auditioned for The Voice when he was only 16, but no judges turned their chair as he sang Garth Brooks’ “The Dance” during his Blind Audition. But, there was a bigger and better plan for Caleb Lee as he didn’t let the rejection get him down.

Instead, he took a chance and auditioned for the reboot of American Idol, the very show that launched some of the biggest careers in country music. Not only did Caleb Lee earn second place, he lost only to the girl that became his girlfriend through his Idol journey, Maddie Poppe.

You are my June

Hutchinson and Poppe’s relationship has become one of the greatest stories to come out of the Idol franchise as their fans can’t seem to get enough of them. Both post to social media regularly and most often they are together singing or interacting with fans.

While both singers have been well known locally for years, the rest of the world is just now realizing the depth of their talents. A new video discovered on YouTube shows a 13-year old Caleb Lee performing on stage at an outdoor festival. It appears to have been recorded and posted just one year after he claims to have learned to play the guitar, but one would never know that he hadn’t been playing for much longer.

Hutchinson’s impressive guitar skills paired with his smooth vocals as he performed Lynyrd Skynyrd’s “Simple Man” were an indication, even then, that he was destined for stardom.

Watch Caleb Lee Hutchinson perform “Simple Man” in 2011 in the video below.