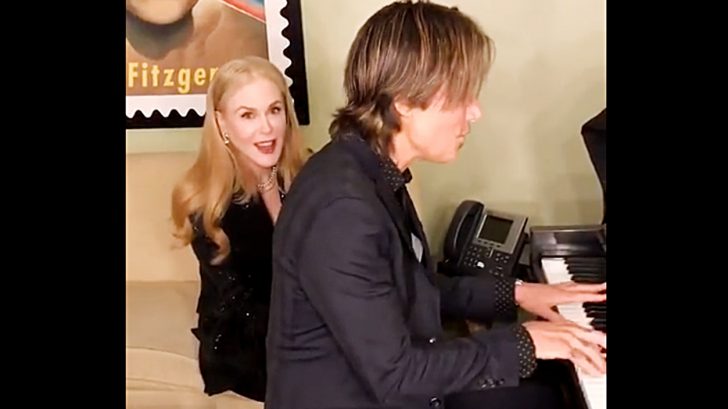 Kidman, who played Satine in the 2001 musical romantic drama, had often been praised for her incredible musical performance in the flick – and, in particular, her songs with co-star Ewan McGregor.

In a rare and intimate performance backstage, she and husband Keith Urban took to a beautiful grand piano and sang sweetly together on one of the most notable songs from her movie.

Urban played the piano and sang the melody and Kidman sang along harmonizing at the perfect parts in a video that is something you don’t want to miss!

They both ended in smiles and laughter just before the short video ended. Check it out below!